The European Football Association (UEFA) announced the ideal formation for the year 2019, which saw the absence of the Egyptian star Mohamed Salah, the Liverpool player, while there were 5 other players from the European Champions League Reds.

The formation came as follows: 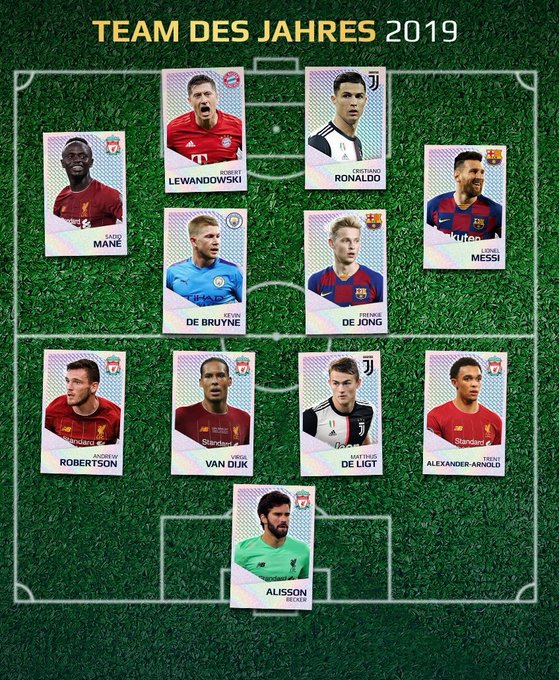 Source: Zamalek and Pyramids matches have been postponed to November 20

Officially, the Chechen succeeds Koshary in the leadership of Aswan

Ismaily determines his position on the Zamalek match

Ismaily determines his position on the Zamalek match

9 seconds to pull and hit from the new horror thriller...

Zamalek announces that KAF has received a country pledge to secure...

Total disregard of Jennifer Lopez and her exclusion from the Oscar...

Adel Imam reveals his position on the upcoming Ramadan drama –...

Mani: Salah wins arms wrestling … and his clothes are terrible

Amr Adeeb after the departure of Rajaa El-Jedawi: Today, the end...

How will Barcelona formation be in the first appearance of Coman?