The Arab Football Federation announced the schedule of the Arab Cup matches for youth teams under 20, which will be held in Saudi Arabia starting on February 17.

According to the official account of the Arab Federation, the Egyptian team will start its matches in the tournament on February 18th, with a confrontation against Algeria.

Egypt plays in the Group Three teams, which includes Algeria, Palestine and Saudi Arabia, the host of the tournament.

Egypt will play Algeria against February 18, before confronting Saudi Arabia on February 21, and then concludes its matches in the first round with Palestine on February 24.

The first and second places in each of the four groups qualify for the quarter-finals, which will be played on February 27 and 28, to complete the knockout system.

The full match schedule will be as follows – in Saudi time -: 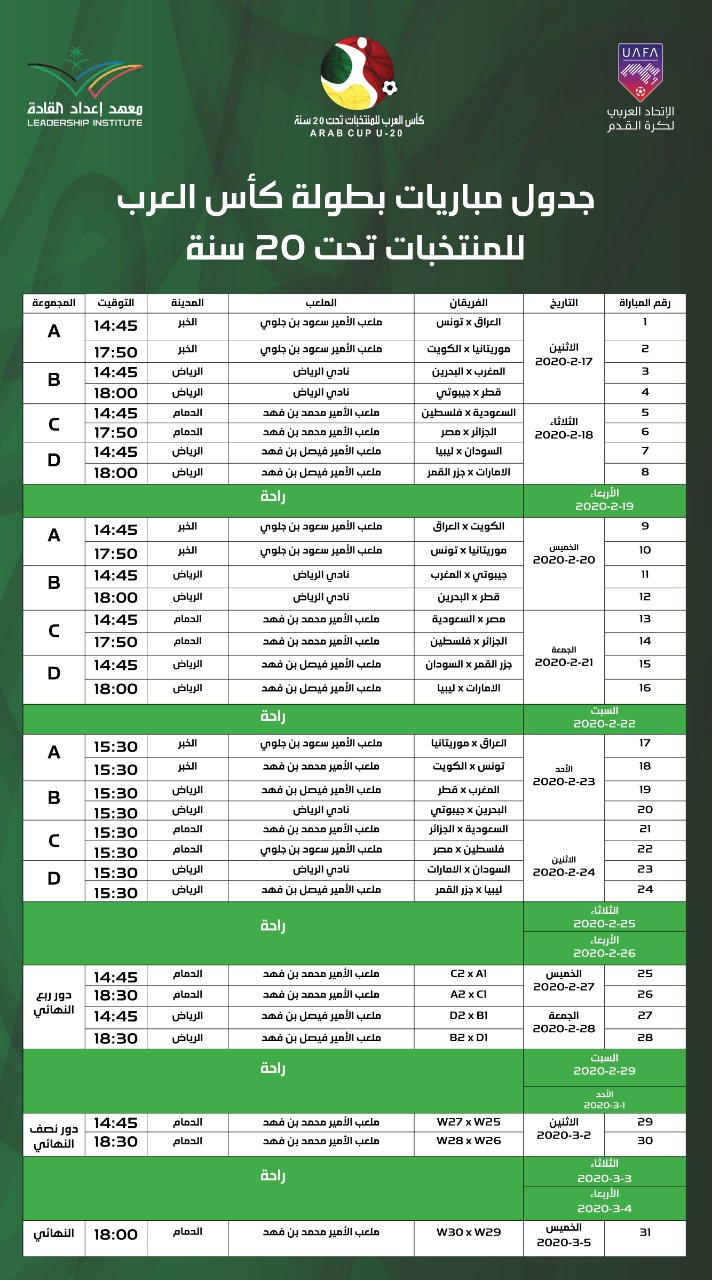 Today .. Zamalek faces the Alexandria Union to continue competing for the league title

Zidane reveals his future with Real Madrid after losing to “City”

Barcelona vs Napoli: Messi is armed with a terrifying goal-scoring record in front of Italy clubs

European morning … a new deal between Barcelona and Juventus

Mortada Mansour and Farman stubbornly inform the Egyptians … what happens on the Zamalek channel?

YouTuber and Doctor 5 information about Ali Ghazlan, the preacher of...

Dirilis Ertugrul appeared in the last episode H 27 of the...

There is no new regulation for pension distribution .. and the...

Team manager: Salah is in the camp of the next team...

Al-Ahly takes a step in the Ramadan Sobhi deal?

Veto gate The wave of storms has begun … this is...

Suzan Najmuddin reveals her reward in the “Ramiz” mold .. It...