Numerous names, whether local or foreign, were associated with the move to Al-Ahly ranks, but the response of Al-Ahmar officials is always a denial, but this time the situation is completely different after the Uruguayan player, Gaston Sereno, joined the Sundance winger to move to the ranks of the Red Castle.

The start was Khaled Ali, the media coordinator for the South African Sundowns team, who announced an interest from Al Ahly to include the 29-year-old player next summer.

This announcement was not denied by Al-Ahly Contracting Officer, Amir Tawfiq, who confirmed in private statements via “Yalla Koura” that there is more than one player being monitored in preparation for the summer transfer market.

Sereno, who remains in his three-year contract with the Sundowns, decided to manage his club not to forfeit him, so that this refusal is not the first from the administration of the “Brazilians” of the Red Castle.

20 years ago, Al-Ahly club tried to sign striker Simba Maromo, who was playing with the Sundowns during this period, but the deal did not take place due to the South African club’s refusal to forfeit the veteran striker. 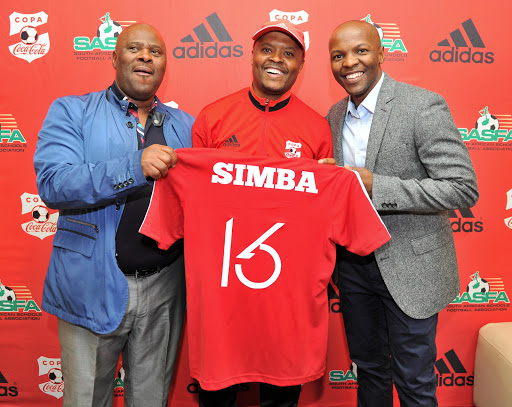 Maromo is considered a young adult of Inter Milan, where he played for the U-19 youth team before returning to South Africa in the 2001-2002 season.

The South African striker previously participated against Al-Ahly in the 2013 CAF Champions League final, where he plays with Orlando Pirates in a tournament that saw the red team crown the African title after winning (3-1) the total of the two games back and forth.

The 2015-2016 edition, which saw the Sundowns crown the CAF Champions League at the expense of Zamalek, witnessed the “Brazilian” wing, Keegan Dolly, who entered Al-Ahly’s interests during this period.

Khaled Ali did not hide the desire of the Al-Ahly administration at the time to sign the international player for the South African team four years ago, but Dolly had another opinion.

The Sundance Pavilion decided to go into professionalism after receiving an offer from France and specifically from the Montpellier team, to leave its time in a deal estimated at one million and 700 thousand dollars during the summer of 2016.

A copy (2015 – 2016) of the African Champions League witnessed the brilliance of another player from the ranks of the Sundowns, which is the Zimbabwean international, Khama Belyat, who both Al-Ahly and Zamalek tried to obtain his services during this period due to what the player provided during the season, where he managed to score 15 goals with the Sundowns, other than his contribution With 17 assists in 44 games in all competitions.

Pellet has been associated more than one occasion with the transition to Al-Ahly rows, the last of which was last summer, specifically when he was with his country in the African Nations Cup held in Egypt, but the player had another experience in South Africa.

The 29-year-old did not reach an agreement with the Sundowns regarding the renewal of his contract here, Kaiser Chiefs entered the club to obtain the services of the player free of charge to sign a contract linking him with his current team until next summer with the possibility to renew for another year.

FilGoal | News | Ahmed Nagy: El-Shennawy is the best professional in Egypt .. And the method of El Hani Soliman reminds...

He will be absent for 4 weeks..Waleed Suleiman is out of Al-Ahly’s World Cup list

An impressive message from Hindawi after the loss to Sweden

An impressive message from Hindawi after the loss to Sweden

The expulsion of the Esperance player is threatened with cancellation. Find...

My wife explains me .. Learn about the gift of the...

Tariq Hamed is recovering from his infection with the Coronavirus and...