Fabio Capello was satisfied with the participation of Carlos Secretario in 13 games in the 1996/97 Spanish League, and after about a quarter of a century, he returned to him in public.

Capello coached Secretaria for a season at Real Madrid, a year that ended with the Italian coach’s men despite being crowned La Liga.

“When he entered the field, putting on the Real Madrid shirt … and they forgave me for my pronunciation, but he was defecating,” Capello said of Secretario.

Capello continued: “In training every day he was great, and when he plays for his country, he has not faced any problems.”

He continued: “But when he enters the stadium wearing the Real Madrid shirt, it is a disaster, and the easiest passes are lost.” 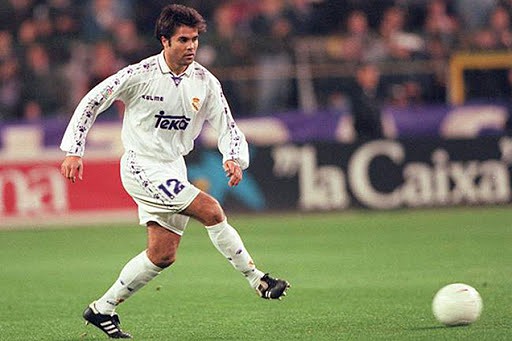 Capello received a strong response from his former player through the Portuguese newspaper “Trebona Expresso”.

“I had a coach and despite my reliability and pushing me in formation, he never spoke to me, he never called me to his office to ask about my self, he never told me what I should develop,” said Secretaria.

“I respect Capello, he is a great coach who did a great job, of course, but he’s a bad person,” he stressed.

He continued: “If I was afraid, I would have left the end of the season for Real Madrid, but I remained the opposite of Capello, who went to coach Milan, perhaps he was afraid because the club asked him to win the Champions League and he thought he was unable to achieve that.”

“I left in the middle of the following season because my performance was not good,” he said.

Secretaria spent half a season at Real Madrid after Capello left, during which he did not participate in any games, to leave in January, before Al-Meringi crowned the Champions League at the end of the season for the first time in 32 years.

Capello supervised Real Madrid in two separate seasons, the first 1996/97, leading him to the League title and leaving directly.

After 10 years, he returned again in 2006/2007, leading him to the league title is also impossible, then he left at the end of it.

How to protect yourself from the Corona virus .. click Here

To know all those infected with the Coronavirus from the world of football and their conditions, click Here

Tariq Hamid Al-Hadari: Zamalek is an honor for any player

Did Pyramids and Al-Ahly enter the race to contract with Hegazy?

Here quality reveals an unforgettable position in the game of questions

How do you see the clubs of the third and fourth divisions of the Football Association initiative?

The home of the Sierra Leone player is under police guard after he missed a penalty kick in the African Nations.. Photos

Queiroz: The Egyptian national team plays good football in the African nations… and one thing is missing

A surprise from Kaf El Shennawy before the Ivory Coast match

Home Sports | Mostafa Fathi refuses to participate in the meeting between Zamalek and Mahalla.. The cooperation deal is the reason

Musimani warns Al-Ahly: Negotiations with other clubs distract me… and my contributions must be respected

A member of Al-Ahly’s board of directors sends a message to...

In pictures.. Ramy Adel Imam opens a pasta restaurant in the...

“Appeal”: Next Wednesday, an urgent trial will be held for those...

Abdullah Al-Saeed: I preferred Pyramids over Zamalek .. I will go...

A 30-foot whale body was found in the estuary of the...

What is expected from the camera of the most powerful Samsung...