Players, coaches, referees and administrators, all on the field vying for tournaments, but without our guests in a series Football makers, The game will not be the way we watch it today.

They may be called our great commentator Mimi El-Sherbiny.Football check-in, The industrialists to which the hearts of millions relate, and also generate millions in terms of revenues and gains.

Our guest is Nader Shawky, everyone knows the players agent, but maybe they don’t know much about the details of his role in El Gouna Club, Which was about to close Before he gets the right to manage it.

All of the following is said by Nader Shawqi, the owner of a company Eleven The manager of El Gouna Club ..

“We have had a club management license for a long time, but our start in El Gouna was a pure coincidence. I was going to El Gouna to set up team camps there, and Khaled Bishara, the managing director of Orascom – may God have mercy on him – sat with me and presented the idea of ​​managing the first team.”

“This matter was in 2017, and the club at that time had two years in the second degree. Khaled Bishara asked me to provide a perception of this project, and the intention was that if the club did not rise to the Premier League in the following year it would be closed.”

“We studied the Upper Egypt group, and what we need to climb, from the possibilities on the ground and the capabilities of players, we analyzed everything and presented the concept after two weeks. Khaled Bishara spoke to me and asked me to start work and signed a contract for 3 years, renewing for another two years.”

“It is not just football, there is an administrative structure that had to be created. 90% of the club’s employees have been terminated and we have set up our own system through Eleven.”

“We put the general manager of the club, and are responsible for marketing, finance and e-marketing, and brought in some experiences such as Mohamed Al-Hosary as head of the ball from Wadi Degla, Major General Abdul Jalil Imam as general supervisor of the ball, and Hisham Zakaria as coach. We have preserved the club’s workers for example and any component that does not influence the decisions.” We have already received the club (at the key). ”

“Anywhere, for success, there must be an understanding among its employees. My contract with Orascom stipulated that I go up to the Premier League in one year, and if that hadn’t happened it would have been The contract is null. “

“It was a big challenge, for the first time I run a club in a region where I do not live and do not know its circumstances like Upper Egypt. We relied on players with experience as well as Osama Rajab. Perhaps there was some dictatorship on my part because the matter was focused on me, (if you hadn’t Helps).”

“The most beautiful success story She is going up. It was very difficult. In the second degree, no one sees you. The referees do what they want, the stadiums are difficult, the transportation is difficult, to travel to Aswan from El Gouna, it takes 8 hours. We did not have an open budget, and every match outside our homeland was entered by suffocation and exiting by suffocation. ”

“I must clarify something here, We run the club and do not invest in it. In other words, we are building construction, setting our budget, and going to Orascom, and every month we review development and in the middle of the year we review the budget in anticipation of our need to pump more money into the winter transfer market, for example. ”

“The climb cost the club about 8 million pounds, and that is the natural amount spent by any club that wants to go up from the Upper Egypt group, like the Assiuti Sport team a year ago.”

“Among the challenges that we worked to succeed in is building a fan base for the club. A football club cannot work without the people around it feeling about it, nor do you want to increase the marketing process so as not to cover up the reaction of people towards you. El Gouna Club was Away from the personality of El Gouna as a resort, and a place I see as one of the most beautiful places in the world. ”

“We changed the club emblem to become like the emblem of the city, as well as its colors. From time to time, players go to the marina (the region overlooking the Red Sea in the city) to photograph with its residents. It became more like a small club in England that is encouraged by the city residents, because there is something they belong to.”

“For the 50% of El-Gouna residents interested in football, I wanted them not to be Elahly or Zamalek only, they love El-Gouna as a city, so why don’t they encourage its club? We started to send short text messages to the residents with the results of the team, and the first field that you see when you enter the city bears the club’s logo , We have a young academy, and special matters for the elderly and women. ”

“But all of this will not help you if your results on the field are bad, the whole thing was based on the excellent rise first.”

“When we went up to Al-Mumtaz, people began to understand it and get around the club. We are now meeting Al-Ahly, Zamalek and the big teams, so we started to develop our marketing plan so that our voice becomes louder and increases our fan base.”

“Now what concerns me is 25 thousand people who live in El Gouna, and after them I want to expand to Hurghada and then the Red Sea Governorate, this is the future that we are planning.”

“In the next one yet Excellent climbWe needed experiences. For the first time I run a club in the Premier League, before I managed players and this is easier than running a club. Our first goal was to stay in the league in order to strengthen our base that we started to climb. We started to combine young players and those who helped us climb with players with experiences like Ahmed Said Oka, Mohamed Nagy Gedo, Ahmed Eid Abdel Malik and Ahmed Ali, with a coach we trust like Hisham Zakaria. ”

“Step to deal with Al-Ahly It was also important. You need public sympathy, and this we will get either from Al-Ahly or from Zamalek, so we had to achieve that. ”

“I will tell you something, and while I am in the second degree, Hossam Ghali, Emad Tired and Ramadan Subhi thought that I was crazy about what I do with El Gouna, but with the start of our success I made sure to be present on many occasions because I know that I will put someone somewhere in this club.” 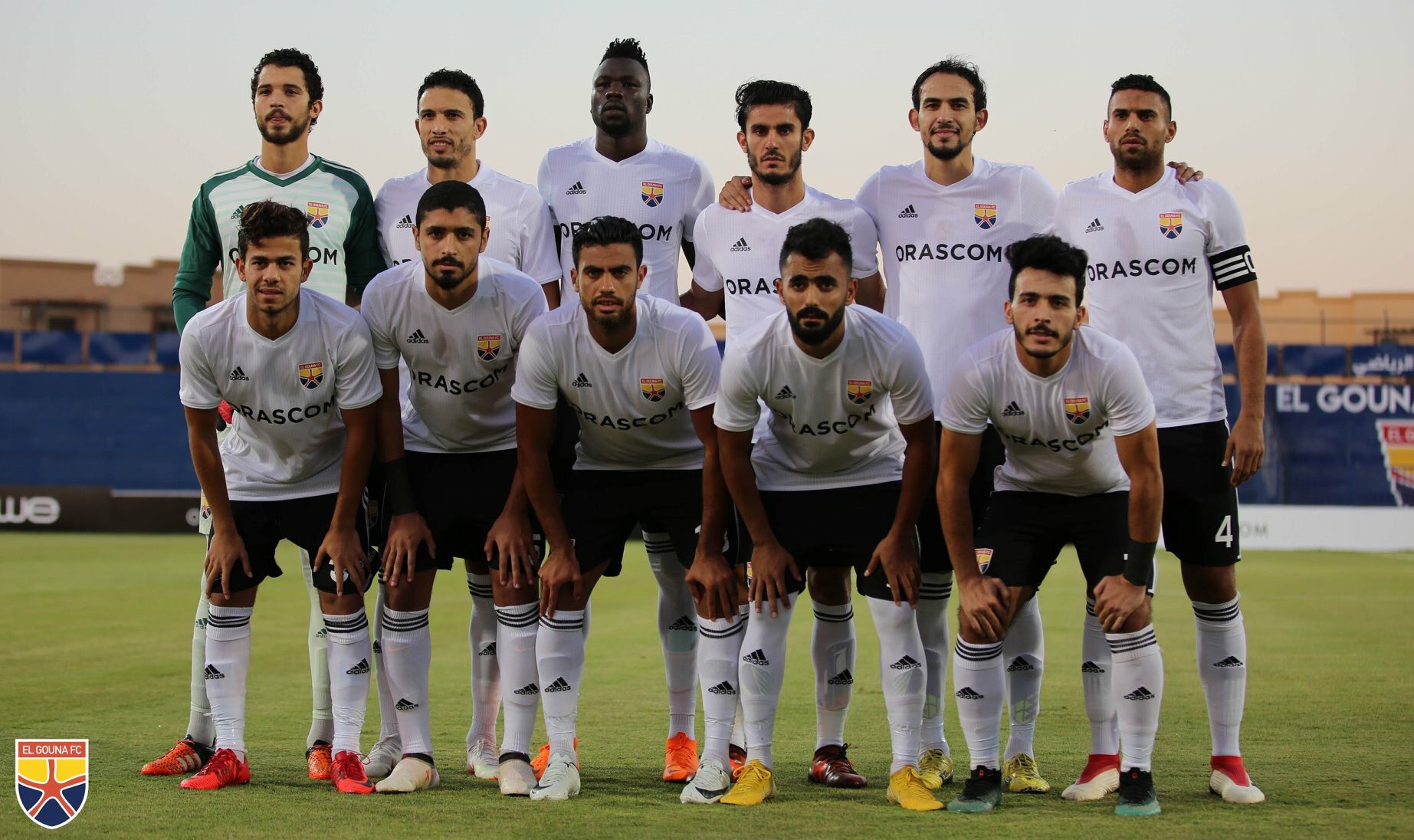 “Hossam Ghaly began to be more with me here, I wanted to put him in the air without feeling, and he started attending the team’s training. The league last season was very difficult and the competition to stay was fierce, and the descendants in the previous season were two teams from Upper Egypt eager to rise again This means that if we land, we will find fiercer competition. We needed (Ali Ritem) the team, and here was Hossam Ghaly. “

“Our cooperation with Al-Ahly was beneficial, it was marketing, but so did we need these hungry players to play football, such as Ahmed Hamdi, Ahmed Yasser Rayan, Akram Tawfiq and Mahmoud Al-Jazzar. I know that they are good players but they will not get opportunities in Al-Ahly, and the presence of Hussam Ghali made it easier for the world a lot. In dealing with Al-Ahly, of course, with the deal to return Ramadan Sobhi from Huddersfield, as well as the accession of Muhammad Mahmoud from the Tigris Valley. ”

“It can be said that Hussam Ghali and El-Gouna are a partnership made in heaven, a match made in heaven As it is said, he needs a place where the administrative world understands without pressure, and has freedom to create and add, and this is what he offers us. He added a lot to El Gouna. ”

“Does El Gouna Club financially win? To be honest, there is no revenue far from selling players, broadcasting rights from Presentation, and our separate sponsorship because we haven’t sold our rights to Presentation. ”

“This is not enough for the clubFootball around the world generates income, but its expenses are greater, but there are other non-material benefits, such as marketing the name El Gouna and its appearance more since we qualified for the excellent, how many times do you hear the name El Gouna because the team is in the Premier League?

“I don “t think so There is a club in Egypt that makes gains, but the difference is that we have a specific budget that we can only skip over the most difficult limits, and no club does that. Last year, we passed our budget of only 2 million pounds because of the strength of the league that we finished in 15th place. ”

“Did you regret anything in the path of El Gouna? There is no regret, but last year we were offered to borrow Mustafa Mohamed and we did not make the deal and went to the vanguard of the army. ”

“This year, we are committed to our budget and we have not crossed it. We were the first club in Egypt to have a performance-based bonus system on the field, and we were the first club to suggest dividing salaries over months after activity was stopped because of Corona. We felt happy when other clubs did the same, we want Help in this industry. ”

“El Gouna Club is a project for the future. We plan to become the club of the prep camps, such as Antalya in Turkey or Portugal, if we continue with our contract with Orascom.”

“Even if I was offered the management of another club, I wouldn’t. Because working with the current administration is wonderful, do not interfere and let you work freely, under the rules, ethics and ruling contracts.”

How to protect yourself from the Corona virus .. clickHere

To find out all those infected with Coronavirus from the world of football and their progression, clickHere

They mysteriously disappeared – Substitute Sakka, who did not play any games with Al-Ahly

My favorite team – Jiro leads the 14th place to the league

The fact that Fyler offers

The Football Association: The match between Zamalek and Aswan in the Egypt Cup is on schedule and has not been postponed

Home Sports | Ahmed Koshary opens fire on the referee after the loss to Al-Ahly: “I don’t have my right”

After confirming his absence .. shirts determine the replacement of Mohamed Hani in the Al-Ahly and Aswan match

Al-Ghandour responds to Sayed Abdel Hafeez: Cairo Stadium notified Zamalek to close it until the end of the season

Home Sports | Schubert: Transferring the meeting between Zamalek and Mahalla to Alexandria is a “punishment” for Al-Abyad

FilGoal | News | Quattro: Varane to Manchester United has been completed

The price of the dollar against the pound with the beginning...

Home colors | After its passage over Egypt, the International...

After deleting the abusive “post”… Will Ashraf Zaki back down from...

Coronavirus: The rich are buying luxury yachts to escape the restrictions...

A fan of Al-Ahly to the Minister of Sports: You are...