During the interruption of competitions, whether local or African, due to the emerging epidemic of Corona virus (Covid 19), Al-Ahly management began working to meet the needs of the team by thinking about the deals file as well as ending the file of renewing the players ’contracts.

Al-Ahly despite the start of the new year with the loss of the Egyptian Super title at the hands of its rivals Zamalek, but before the pause of the competition was top of the Egyptian league ranking table with 49 with a comfortable difference from the second-place Arab Contractors team, which is 16 points away from the lead with the red team having a match Deferred to Enppi.

As for Africa, Al-Ahly managed to avenge the result of last season against the Sundowns team after defeating the South African champions by two games (3-1).

Now that the domestic and continental competitions are back, what has changed in Al-Ahly over the past five months, this is what we will review in the following report:

The start of Al-Ahly’s administration during the league pausing period was the renewal of the Swiss contract, Rene Fyler, after the level the team appeared in at various levels, whether local or African.

Feiler led Al-Ahly since the beginning of the current season, succeeding Mohamed Youssef, who led the team temporarily instead of the article, Uruguayan coach Martin Lasarte. Since the beginning of the Swiss mission, he managed to win the local super title at the hands of the rivals Zamalek by winning (3-2), in addition to reaching the top spot The league after midway pass and skipped the group stage of the CAF Champions League until crossing the semi-finals, setting a date for the Moroccan Wydad Casablanca team in a repeated scene from the Final of the 2017 edition.

Al-Ahly at the end of last month, and through the contracting director, Amir Tawfiq, he announced that his club had reached an agreement with Feiler to renew for another season, confirming that the Swiss had the desire to renew.

With the beginning of the Corona virus, the National Planning Committee announced that its mission is to renew the contracts of the Quartet (Sherif Ekramy – Ahmed Fathi – Hossam Ashour – Walid Suleiman) due to the expiry of their contracts at the end of the current season (2019 – 2020).

The red administration succeeded in renewing the contract of Walid Suleiman for two seasons. On the other hand, Rene Filer refused the renewal of the leader Hossam Ashour, and the duo Sharif Ekrami and Ahmed Fathi refused to continue. The first announced his desire from the beginning that he would not continue. On a three-year contract.

After the quadrant’s renewal file, the planning committee, alongside the Contracting Committee headed by Amir Tawfiq, returned in negotiations with the duo Mohamed El-Shennawi, the team’s keeper and Saad Samir, for renewal, and this was what was already done through El-Shennawi’s five-year renewal, compared to three years for defender Saad Samir. 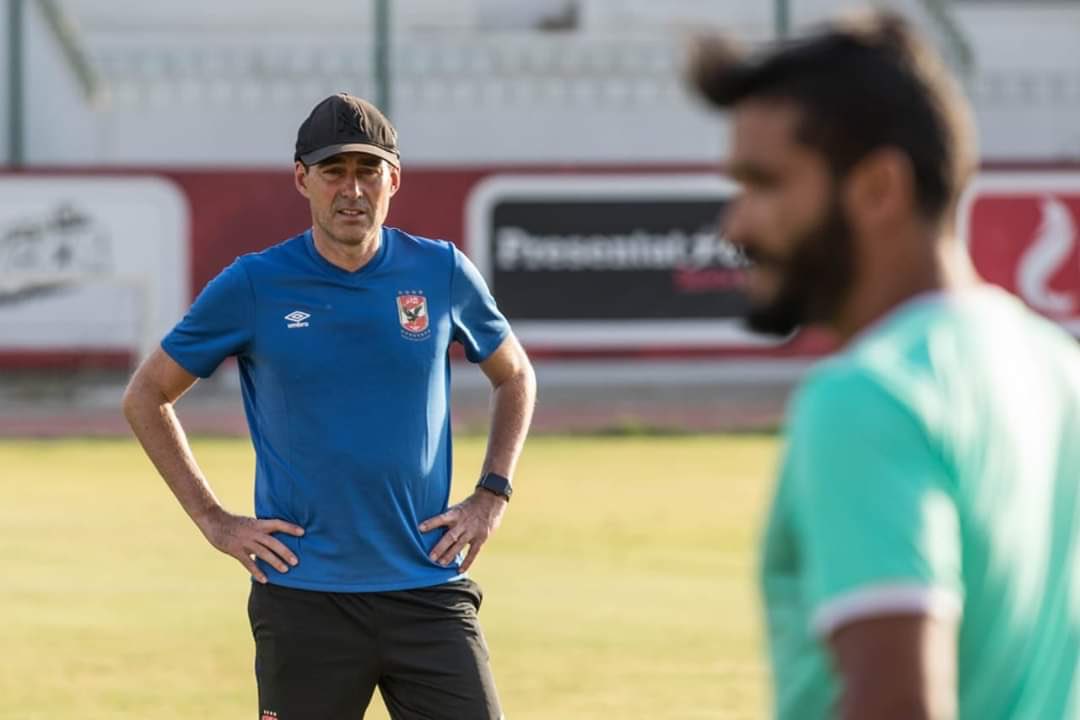 Swiss Rene Fyler announced earlier that Saleh Jumaa would not be in his accounts, preferring the player to either leave on loan or leave permanently, and this really happened after the 26-year-old got out of the Swiss accounts, whether from training or participating in matches.

The current stoppage due to Corona gave Saleh Juma an opportunity that might be called “the last” for the player to prove himself in front of a coach who wants to use all his cards, especially given the pressure of matches in the coming period when the activity resumes locally and continental.

Fyler decided, with the beginning of the return of training in the recent period, to give Juma a chance to participate again in group training, hoping to benefit from the player’s services and enhance the team’s offensive capabilities.

Return of the injured:

Among the most prominent gains in the ranks of Al-Ahly during the interruption of the league is the return of the injured to support the Filer list in the coming period, and talk here about the duo Mohammed Mahmoud returning from an injury after he suffered a cut in the cruciate ligament for the second time in a row in October last year.

The second player, who is returning from injury, is Hamdi Fathi, who was injured by a knee cartilage injury during the national team camp in November last year.

Mohamed Mahmoud is close to completing his qualification period to participate in group training, in return, Hamdi Fathi is ready with the red team, but his infection with the Corona virus will keep him from participating.

In the event Hamdi Fathi responds quickly to treatment during medical isolation, he will need at least a week after recovery to regain his physical fitness through rehabilitation before returning to participate in the group exercise.

Other than the renewal file and the return of Saleh Juma, another file was supporting the team in the coming period, specifically for the new season (2020 – 2021), and this was really what happened through the inclusion of young player Taher Muhammad Taher, coming from the ranks of the Arab contractors.

Taher, 23, who has been a professional in the ranks of French Le Havre, recently signed for Al Ahly a five-year contract in a deal valued at 20 million pounds, along with five million pounds as additions.

Taher is considered one of the most important pillars of the Arab contractors despite his absence from most of the matches of the current season due to injury, as he was among the joiners of the Shawky Gharib list in the Egyptian Olympic team.

Ramadan Sobhi, Kahraba and Ahmed Samir are top scorers in the Egyptian league

Friday’s goals: Lazio champion of Derby, the Italian capital, and the trio of Pyramids

FilGoal | News | Vanguards of the Army: What is being said about Muhammad Nassif’s arrest against Tigris is incorrect

Zamalek: We did not delegate an agent to negotiate with Saint Etienne

Ramy Sabry does not respect his team by flirting with Al-Ahly...

He continues his fasting, nor atonement for him in one case

Guardiola responds to the wish of the Barcelona presidential candidate on...

A video shows the attack and dragging of a female cyclist...

Saudi Prince resolves the controversy over the normalization of his country...