18 minutes from the start of the match, passed at Luigi Ferrars and Sampdoria, beating BenVento, returning to the Italian League, with two goals gratis.

Benevento led by Filippo Inzaghi after he qualified with the team with a record number of points from the Italian second division with 86 points and was decided by 7 rounds from the end of the season for the second time in his history, and in his third experience with Calcio after his dismissal from Milan and Bologna coaching.

Inzaghi after every experience in the Italian league starts again, after leaving Milan, starting from the third division and qualified with Venice for the second division, and after his dismissal from Bologna, he started again with Benvento in the second division.

Inzaghi wants Bonaventure to bring him back to Italy

In the current summer transfer market, the team has been associated with many names, including Loic Remy, Andrey Shorley, Daniel Stordij and Adel Rami, who previously played under Inzaghi in Milan and who previously spoke to L’Equipe about an experience under the leadership of “Pepo”, saying: “I trained under a lot of coaching names, Rudi Garcia, Unai Emery, Clarence Seedorf, Didier Deschamps and Laurent Blanc, and I used to see their work, then I worked with Inzaghi and it was a disaster.“.

Dutchman Marco Van Ginkel, who played for Milan during the “Pepo” state, said previously:He makes a lot of decisions that I do not understand. If I play two consecutive games well, I will be out of the formation in all three, without any logic. It is clear that the decision is political.“.

At the time, Milan president Silvio Berlusconi was entering the dressing room when things went wrong and loudly demanding from the players the attack.

In the 2017-18 season, Benevento goalkeeper Alberto Bernioli scored a deadly-time goal to snatch the first point in the club’s history at the expense of Milan in the Italian League.

A fixed kick and the score indicates 2-1 for the Rossoneri under the leadership of Gennaro Gattuso, the home goalkeeper who rises above all and heads the ball past Gianluigi Donnarumma, a historic goal that is the first for a goalkeeper since 2001 in the Italian League.

No wonder the goal value is when you see it on YouTube to the music of “Titanic”.

The team suffered 14 consecutive losses until the date came to a blatant tie with the reeling Milan at the time, some coaches were talking about the poor level of their teams in the competition, saying:We might be bad, but at least we’re not Benevento“.

In January, the team included several names with experience after this draw in order to achieve achievement and stay in the league, so the Brazilian Sandro, French Sheikh Diabate and Baccare Sanya joined under the leadership of Roberto De Zerbi – the current coach of Sassuolo – but all this did not prevent the team to return to its list again.

Returning to Pepo, his brother Simone’s brilliance with Lazio and Cincia Mihajlovic with Bologna after the team suffered in the last season at the bottom of the standings and finished with the Serbian in the first half at the end of the season made the lights dim from the former Milan and Juventus striker despite his successes in the lower divisions.

Before the Sampdoria match, Inzaghi said, warning the Italian League clubs: “The opponents need to know that Benevento, who played 3 years ago, no longer exists“.

In the match, the Bebo battalion captured the ball by 60% and goals were not in vain. Rather, Sampdoria coach Claudio Ranieri came out after the match and said, “Benevento win is well deserved“.

Captain Luca Calderola previously played for Inter in the Champions League, but on Saturday he played his first official match in the Italian league at the age of 29, so the defender scored two goals that led the team to a tie.

When Luca was asked after the match, “Are you crying,” his response was: “No, I’m just exhausted“.

In the 88th minute, Getano Letizia scored the deadly victory, to run celebrating “His annual goal“The full back said after the match, chuckling.”All that insulted me was insulting“.

The last minutes were heavy for Benevento, after Manolo Giabiadini’s header almost rocked the net for Al Samb, becauseThe red and yellow become the first rising team to score 3 goals in a Serie A match since Juventus after 13 years.

After the match, Filippo and Simone Inzaghi appeared on the “Sky Italia” network, as they both played their first game of the season at the same time, and at that time Simone had beaten Cagliari with two goals to nothing. 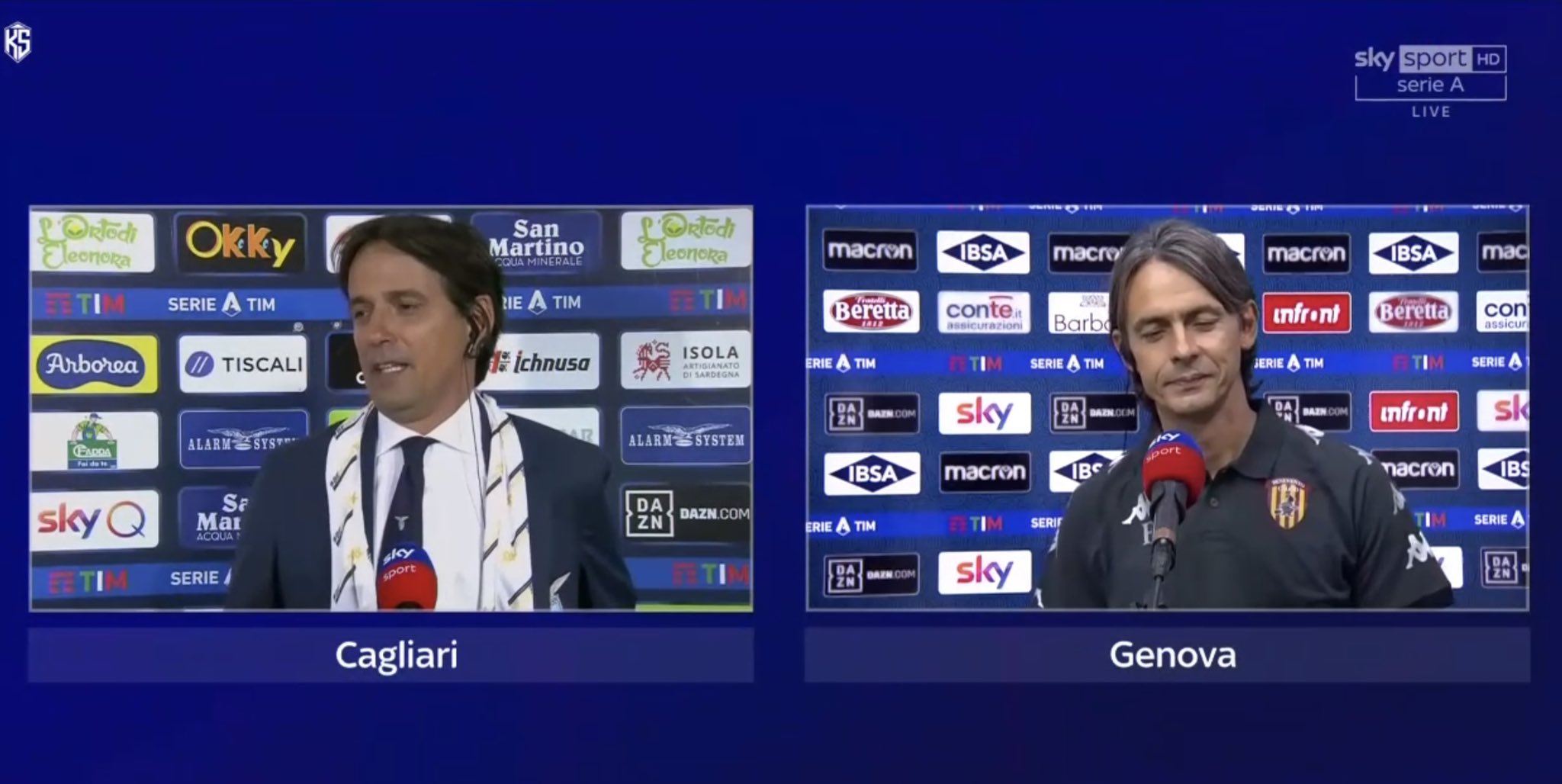 Simone said in the dialogue “I would like to congratulate Bebo, he deserves for the commitment and passion he puts into his work, he works more than me, they are a rookie team and made a great game against Sampdoria.Wonderful talk before a real confrontation between the duo next December.

In Pichenza, a father and mother were proud of their children. They watched the two games on screens, Simone continued.I don’t know what they decided to watch one of the two matches at the same time, maybe they watched the goals summary“.

Bebo, 47, concluded, “I called home, and did not understand what my father had said because he was crying“.

Filippo Inzaghi today will have a strong task in a postponed match from the first round when he faces Inter, a meeting to prove that the current experience will be really different.

The number of people with corona increased to 55 cases

Medhat Shalaby reveals the reasons for the resignation of Turki Al-Sheikh...

Learn about the most prominent events of the series “Lulu ‘,...

# Open a doctor’s clinic, overlooks … the story of the...

The new “Android-10” arrives a number of Samsung phones

British study: Half of adults were misleading about Corona online