Mohamed Abdel Monsef, goalkeeper of the first football team at Wadi Degla Club, was keen to congratulate Mohamed El-Shennawy, Al-Ahly goalkeeper, who succeeded in facing a penalty kick for the Moroccan Wydad team in the match that brought them together, Saturday evening, at Mohammed V Stadium in Morocco in the first leg of the African Champions League semi-final And, during which the red genie won with two goals without a response, as “Usa” published his picture, accompanied by Al-Shennawi, through his personal account on Instagram, commenting on it: “Bravo El-Shenawi, Congratulations Habibi.” 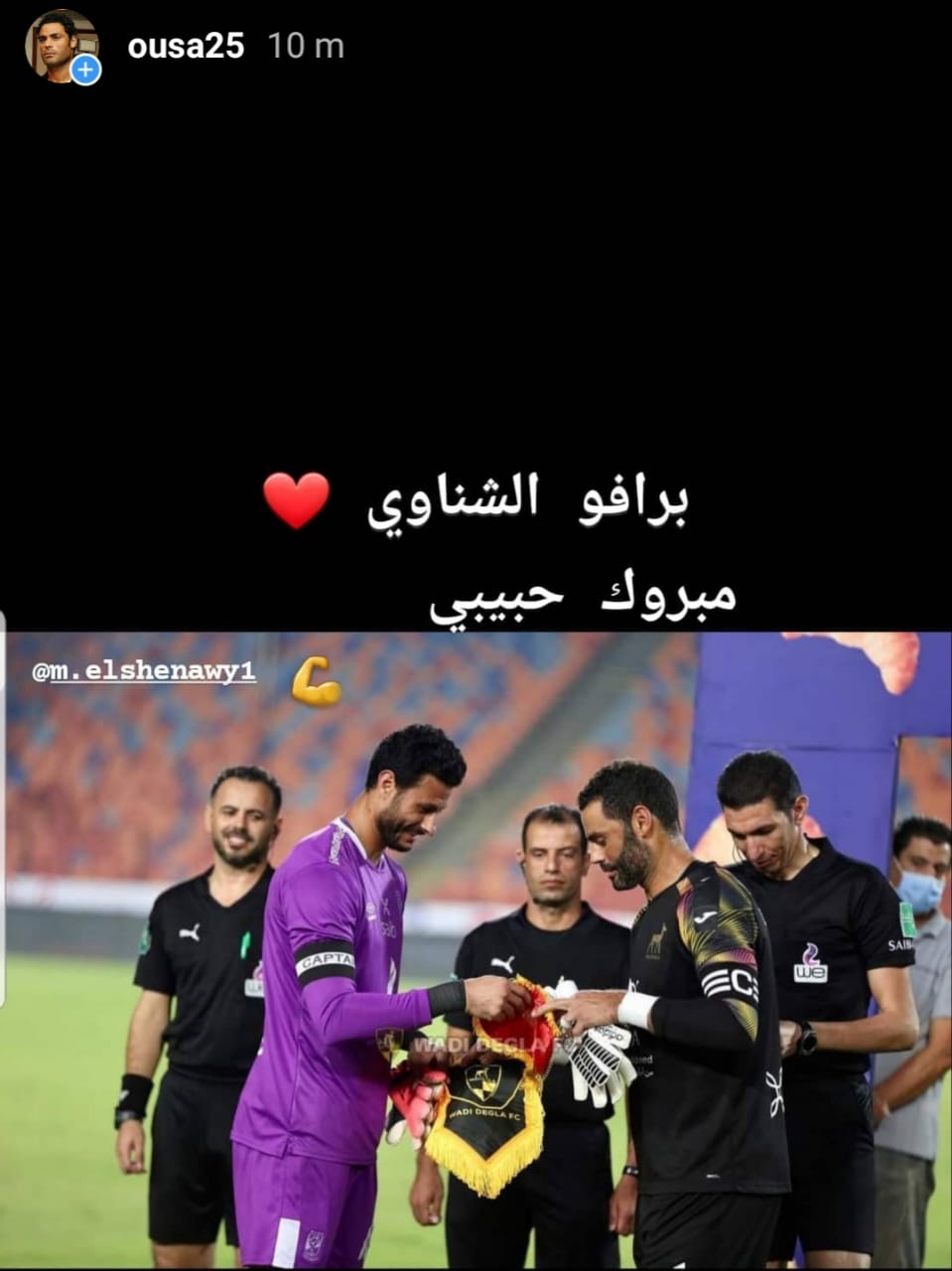 Al-Ahly team put forward in the African Champions League final after it achieved an important victory over Moroccan Wydad with a clean double scored by Qafsha and Ali Maaloul, and thus the Red Genie is close to qualifying for the African final, but the decision will be in Cairo Stadium next Friday when the rematch between the Egyptian and Moroccan champions will take place.

Akram Tawfiq’s brother: Al-Ahly is preparing arrangements for travel abroad… and foreign offers are not thought of

The artillery team in response to the musicians: We are university...

The outcome of the Arabs after today’s competitions in the 2020...

“I wanted fame and money” .. Details of the investigation with...

Defects in the “Galaxy Note 20 Ultra” camera were discovered

Oil rises, with the possibility of “OPEC +” stopping the increase...