A small Japanese spacecraft is approaching the planet with a “very valuable” cargo on board after spending years wandering around the galaxy, where it lands in the Woomera region in Australia. According to Fox News, the Japanese craftHayabusa2“, It will reach the Earth on December 6 next, and it is loaded with precious treasure, which is an amount of 100 milligrams of soil from a nearby asteroid in our solar system, to continue its missions to travel to other asteroids in the future.

The project manager, scientist Yuichi Tsuda, said in a statement: “We are now on the path of descent to Earth, the altitude will now gradually decrease towards Woomera.” Research indicates that the material that the Japanese spacecraft was able to carry to the planet is very valuable because it was taken by a projectile. Excavating the surface of a planet “Ryugu” And taking samples from under the surface of the soil that was not affected by space radiation, which makes it bored with very important data and may reveal many secrets, and scientists believe that the vehicle operated by the Japanese Space Exploration Agency “JAXA”, It has captured at least 100 milligrams of asteroid soil.

Scientists hope that the asteroid, which is believed to have contained relatively large amounts of organic matter and water since the inception of the universe, about 4.6 billion years ago, will provide clues about the shape of the solar system at that time. “We expect the probe will provide us with knowledge,” said Yuichi Tsuda, project manager. A new scientific study, “adding:” The probe will return to Earth the carbon and organic matter that will provide data on how matter is spread around the solar system, the reason for its presence on the asteroid and how it is related to the Earth. “ 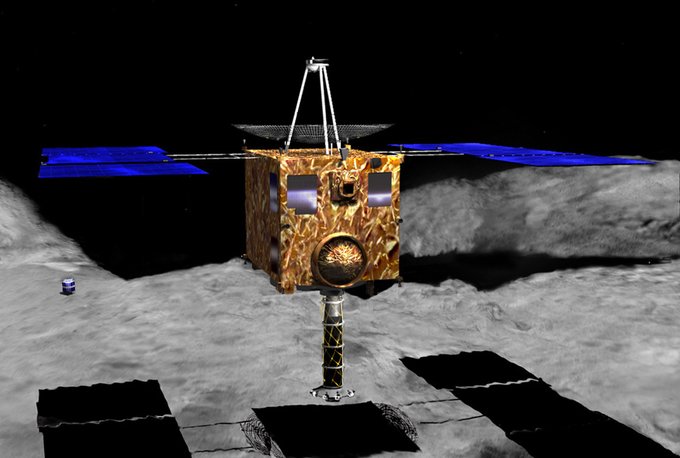 All you need to know about the iPhone 2022 lineup

What is the difference between Minecraft’s Creative and Survival flying mode?

A report reveals the details of unlocking an iPhone in the San Bernardino case investigation.

NASA satellites capture a plasma “hurricane” on the sun

Intel President: The global chip shortage will not recover until 2022

Home sport Heavy penalties for electrifying in Al-Ahly after the super...

At least 166 people were killed in violent demonstrations that rocked...

Atletico Madrid flirts with Messi: You are welcome if you want...

The death of the Egyptian artist victorious with God

Singer Ahmed Saad announces his marriage in the coming days: “The...

The odds of Al-Ahly qualifying with the champions .. Two chances...