“I announce my professional retirement,” said Estudiantes midfielder Mascherano. “I want to thank this club that gave me the opportunity to end my career in Argentina.”

Mascherano started his career with River Plate and Corinthians before moving to West Ham United and on to Liverpool in January 2007.

The Argentine’s career with the Reds extended to three and a half years, before leaving in August 2010 to Barcelona, ​​after playing 139 matches and scoring two goals

The player spent 8 years in the ranks of the Blaugrana, during which he won the Spanish League 5 times, the Copa del Rey times, 3 times the Spanish Super Cup, two European Champions League titles, the European Super Cup twice and the Club World Cup twice. 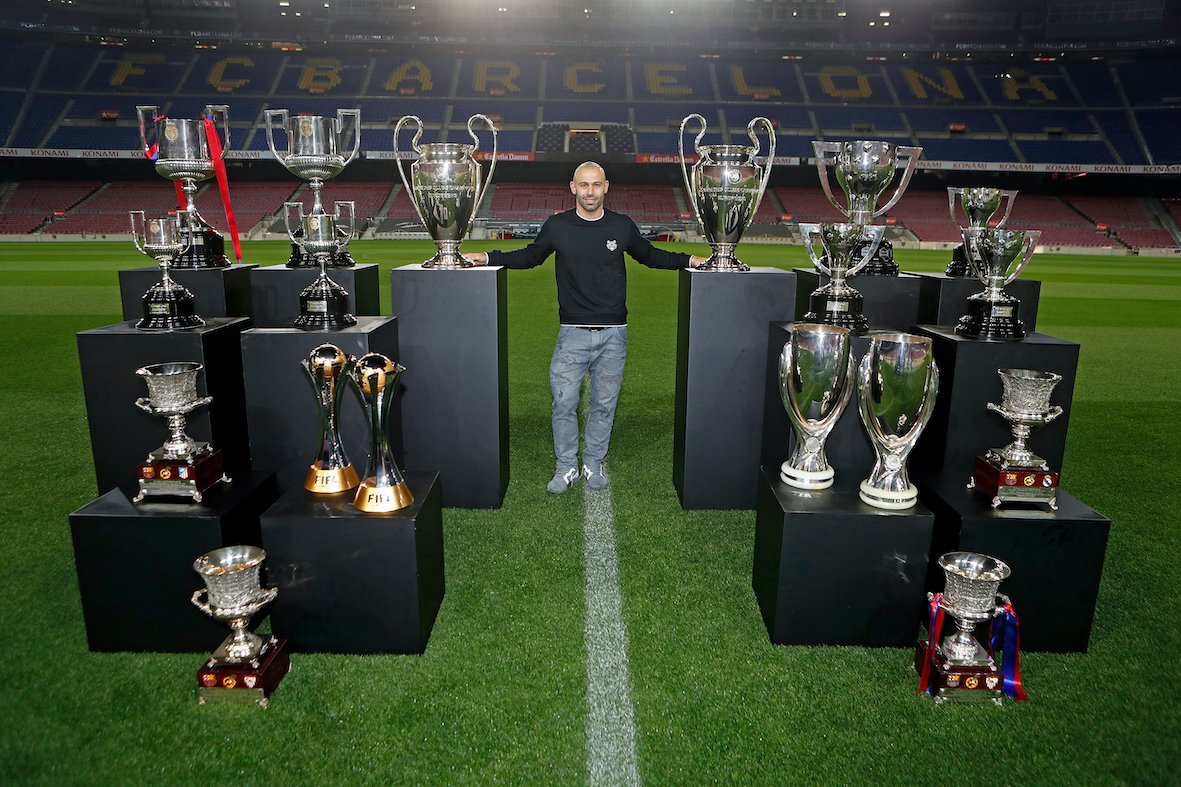 At the end of his career, Javier wore the Chinese Hebei China Fortune shirt and then the Argentine Estudiantes.

Mascherano has played 147 matches for the Argentine national team and has appeared in the World Cup 4 times, and has also won two gold medals in the Olympic Games.

Zidane clashed with a Spanish journalist because of Real Madrid’s farewell message.. video

Watch.. An artistic sentence that gifted Colombia a victory over Ecuador in the Copa America

From the hospital.. Eriksen to his colleagues: I will not give up and I want to understand what happened

A reading in Musimani’s mind before facing Esperance..expected changes in the formation of Al-Ahly

FilGoal | News | Shukri Najib: Joining the national team is a dream of my life

FilGoal | News | Shukri Najib: Joining the national team is a dream of my life

Infograph … Corona medications and dosages for simple cases with domestic...

Corona is declining in China … and spreading in South Korea

Georgina raises controversy again over her marriage to Ronaldo (with pictures)

The first tribute to the artist Houria Farghali after the treatment...