The Zamalek team booked the second card to qualify for the African Champions League final after defeating Moroccos Raja Casablanca (3-1) yesterday, Wednesday, in a match held at Cairo Stadium in the second leg of the semi-final round.

The first leg, which was held at the “Mohamed V Sports Complex” stadium, on the 18th of last month, was also decided by Zamalek (1-0), bringing the total of the two matches back and forth (4-1).

Zamalek hit a fiery date in front of the traditional rivals Al-Ahly in the Champions League final in a match scheduled for the 27th of this month, as the red team had booked the first card after winning back and forth over the Moroccan club Wydad Casablanca with a score of (5-1) in the aggregate.

In the following lines, “Yallakora” reviews the most prominent things covered by the Moroccan newspapers after the fall of Raja in Cairo:

The newspaper “Al-Mukhtab” newspaper said that the Zamalek team was tough on the Moroccan team, Raja Casablanca, after El-Obeid renewed their victory again.

The newspaper pointed out that Zamalek outperformed by going in Morocco with a goal without response, but the white team came back again to restore its supremacy by winning a score (3-1).

The newspaper talked about Mustafa Mohamed, saying that the Zamalek striker spent Raja’s dreams after pointing to a tie with a goal for each side, but he scored his second and third goal in the last five minutes of the match.

The headline of “Le 360” newspaper was a shock to the fans of Raja, after it described the defeat of the Casablanca team as “humiliation” due to the great result achieved by the Zamalek team.

The newspaper added that Zamalek succeeded in snatching the qualifying card for the Champions League final after winning (3-1), to be the sum of the two matches (4-1) back and forth.

The newspaper said, that Zamalek will face its traditional rivals Al-Ahly on the 27th of this month in the final match of the Champions League scheduled for the “Burj Al Arab” stadium in Alexandria. 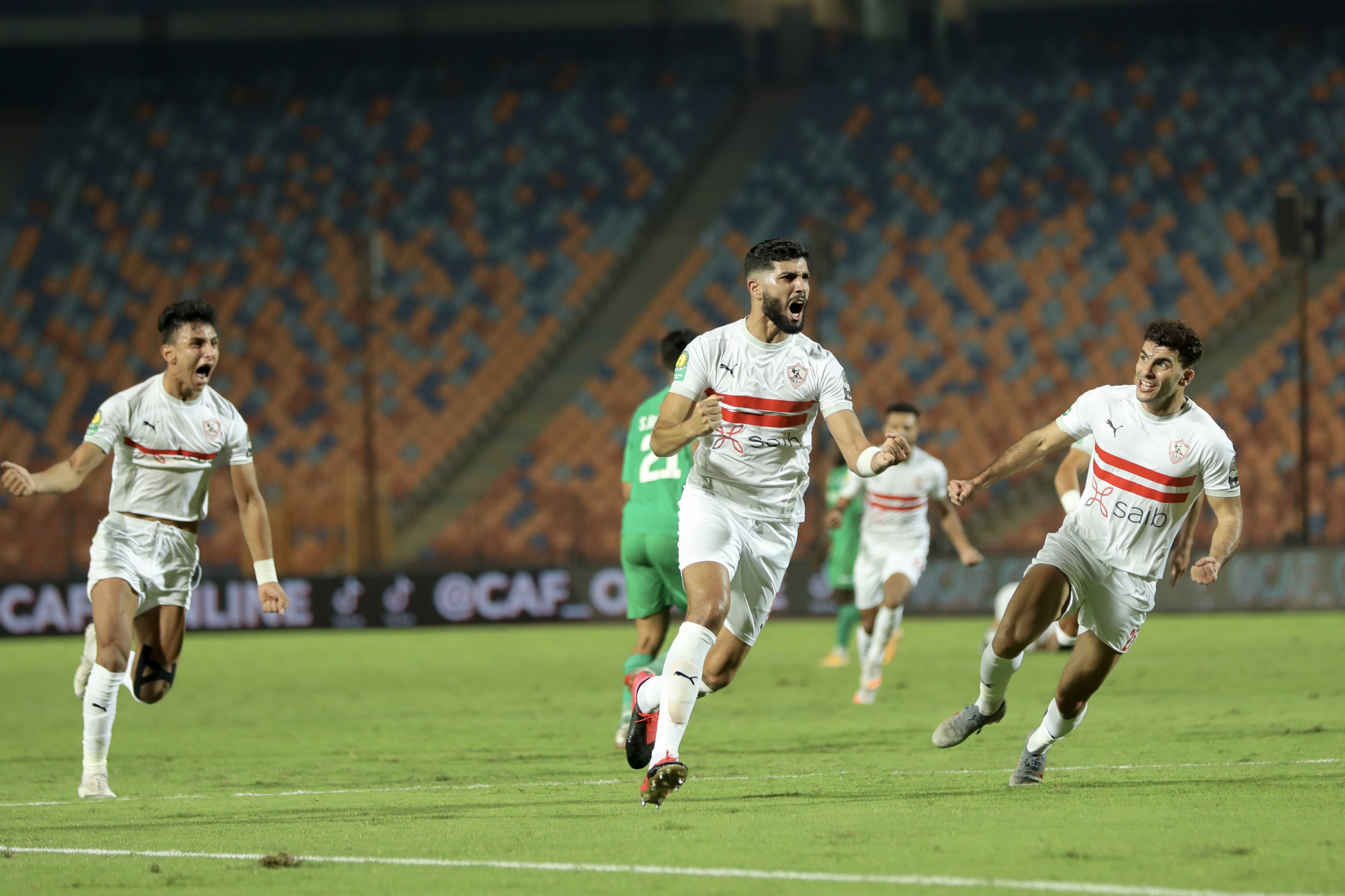 – “Hope falls by three and his dream evaporates”

“HaSport” newspaper reported that the Moroccan Raja team’s journey stopped at the semi-final round after losing again to Zamalek with a goal of three at the “Cairo Stadium”, where the first leg of the match on the “Mohamed V Sports Complex” stadium ended for Al-Abyad with no response.

The newspaper added that the Raja team tried to control the course of the match from the start, and this was achieved until the beginning of the second half, after Malango scored the goal for the Moroccan team.

The newspaper pointed out, that the players of Raja retreated back after the goal of progress, to return Zamalek with three goals through Ferjani Sassi, then Mustafa Mohamed scored two goals.

– “Please fall down in Cairo”

“Championship” newspaper said that Raja Casablanca team failed to fulfill the hopes of its fans by reaching the Champions League final after an absence of 18 years.

The newspaper continued, that Raja’s journey was stopped by falling in front of Zamalek in Cairo with three goals against a goal after the first leg was in favor of Al-Abyad by winning one goal without a response.

The newspaper pointed out that Zamalek’s qualification means that it will face Al-Ahly opponent on the 27th of this month in the first final between the two teams that will be held on Egyptian soil, specifically at the “Burj Al Arab” stadium. 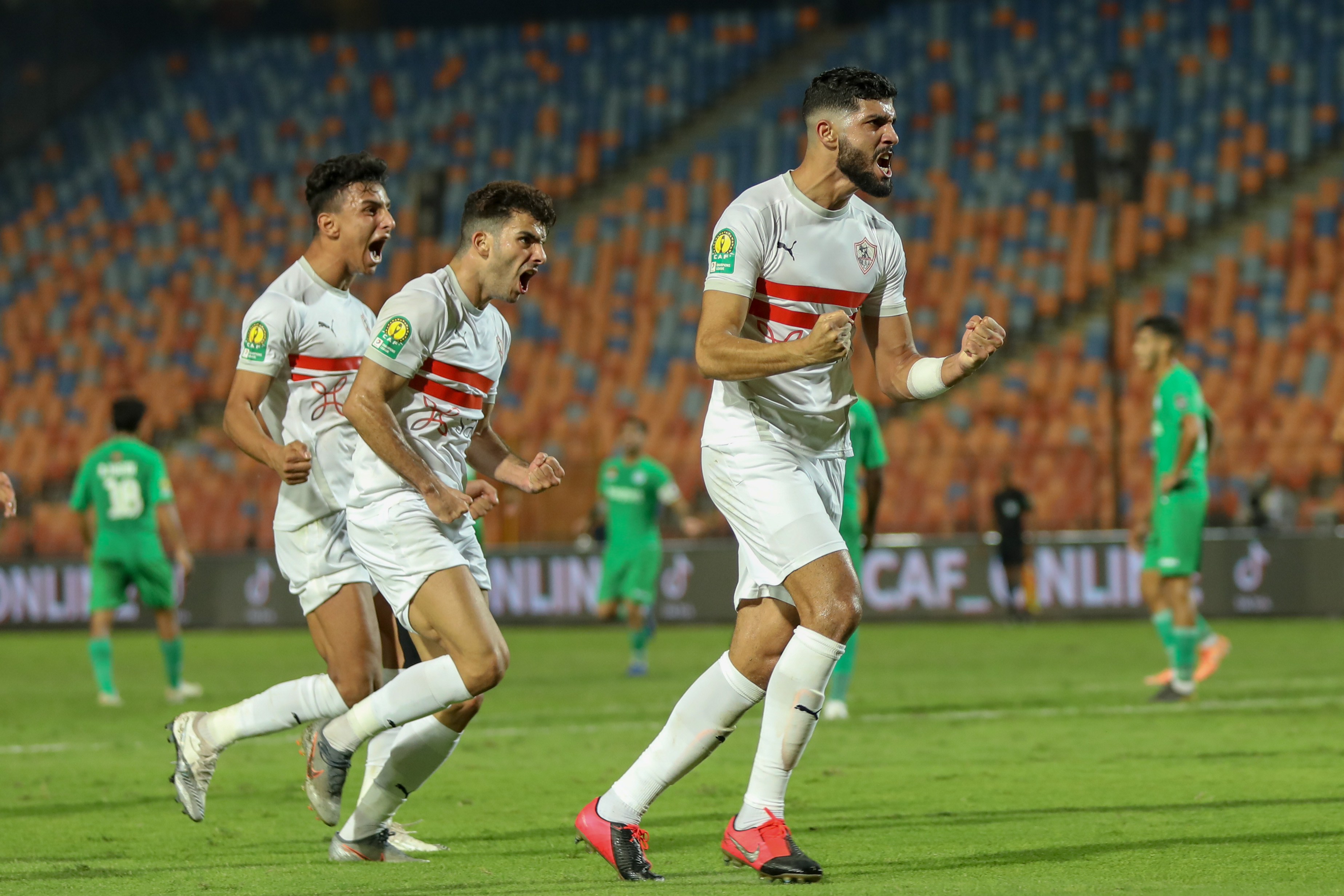 Special | Has an agreement been reached with Zamalek to include Mustafa Mohamed? Saint Etienne reveals

Iraqi Minister of Sports Al-Khatib: Al-Ahly is a pride of Arab sports … and we hope to transfer his experience to our country

Report .. a tie is enough and loss is forbidden .. what are Egypt’s chances of being present?

I turn on the TV with a ball after breakfast and...

The Minister of Health: “If we fail to face Corona, he...

FilGoal | News | Zamalek explains to Al-Joule why the club...

Sources: Mohamed Salah is fine and there is no truth to...

WhatsApp is developing a feature that allows users to mute any...