Zamalek announced its list to face its host Ghazal El Mahalla on Tuesday in the 11th round of the Egyptian Premier League.

Coach Jaime Pacheco preferred to rest Mahmoud Abdel Razek “Shikabala” and Hamza Mathlouthi so that their injuries would not worsen. (See Zamalek doctor explain the details of the players’ injury)

None of the new trio, Ayman Hefni, Marawan Hamdi and Saif al-Din al-Jaziri, entered the list. 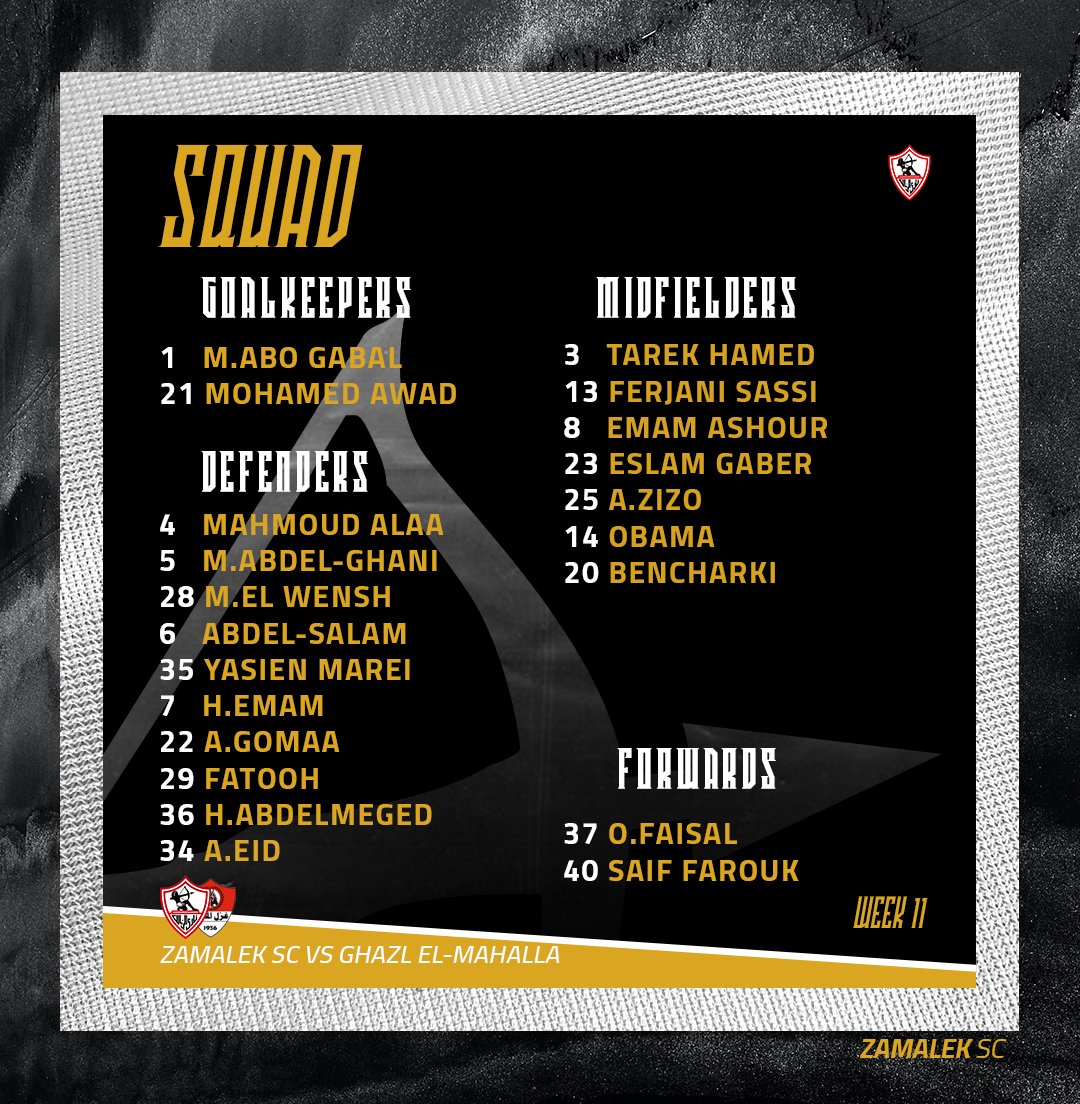 Zamalek is seeking to reinforce its lead in the league standings, with its current score of 23 points.

Zamalek won 7 matches, drawn twice, and did not lose the current season of the tournament.

And he has a postponed match against his traditional rivals Al-Ahly.

Minister of Information: One person with “Corona” transmitted the infection to...

Nadia Al-Jundi: When they stayed in my shape and form, they...

Certificates of Deposit of the Commercial International Bank – Egypt jump...

Reports reveal .. Will Onajim move to the Saudi League?

The Sisi and Trump talks, and “representatives” agree to send troops...

Medicines: Withdrawal of a drug to treat respiratory disorders