The first comment from Jihan Fadel .. Several news spread about the artist, Jihan Fadel, on social media, stating that she works in a small supermarket in one of the states in Canada.

And she sells cheese and olives, in order to spend on her three children, Adham, Ziad and Alia.

According to Al-Watan, she said that she preferred to ignore all of these matters and follow her news without responding.

Especially since she wore a muzzle and glasses so that no one in Canada would know her while she was working in the supermarket.

Jehan Fadel previously worked in an Egyptian food restaurant, selling fava beans and falafel, and all this for the sake of her children.

This is what was confirmed by the writer Ayman Noureddine, through his personal account on the social networking site “Facebook”.

Jehan Fadel’s life was not smooth, but she suffered in her career after the death of her husband, fashion designer Amr Hamdy, who passed away in 2012 with a heart attack.

And in contact with the Syndicate of Acting Professions, she denied knowledge of any news indicating the travel or retirement of the artist, Jehan Fadel, during the previous period, especially since she made a great artistic career. 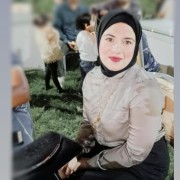 Sally Sanad, an Egyptian journalist who has worked as a reporter and reporter for the Eastern Today website since 2016, and previously worked as a content writer for multiple websites and I currently work as a newspaper editor, I love writing and especially writing articles

Hala Shiha comes out of her isolation because of the incident of harassment, my lady

Chico “remains” his weapon in his appearance in the movie Some do not go to the authorized twice.. Photo

Your luck today and horoscope predictions Thursday 6/17/2021 on the professional, emotional and health levels

In the presence of the Minister of Culture.. the stars flock to the opening of the Ismailia Festival

Angelina Jolie shows a new tattoo of optimism after her fight with Brad Pitt returns.. Photos

Watch.. Chinese YouTuber Asia fascinates the world by imitating the late Samir Ghanem in one of his films

Abu Rujaila calls on the Zamalek administration to remain calm, to...

The threat of death here is an ascetic, and the reason...

The death of the first Egyptian doctor because of “Corona”

An Egyptian in Wuhan reveals the secret of his refusal to...

A report reveals the fate of the expected iPhone phones in...

Ahmed Ahmed: I hope that the Nations Cup will not be...

Investigations: The collapsed property of Muharram Bey in Alexandria had 3...