Many may not know this, but Al-Ahly has just signed the most successful coach in African basketball history: Mario Palma.

Al-Ahly announced yesterday, Sunday Acceptance of the resignation of Ashraf Tawfiq from the team’s training After losing the Egyptian Cup final to Al Ittihad of Alexandria, he did not delay long in announcing his replacement.

Palma (70 years), a Portuguese national, with an African heart, brings to Al-Ahly with tremendous experiences in the brown continent.

The veteran coach led Tunisia to win the title of the last edition of the African Basketball Championship in 2017, an achievement that Tunisia had achieved only once before.

However, despite the tremendous achievement with Tunisia 4 years ago, Palmas true reputation is with Angola.

A legendary achievement that placed Palma as lord on the throne of the Continent, but it was also not without its difficulties.

“Until now, I don’t know how we won that tournament. It was a miracle. The organizers did everything possible so that we would not win, but we beat Algeria in the final.”

Palma has a terrifying record in the African Championships, as he won 34 victories and lost one! Yes, it was that defeat against Algeria in 2001 that had no precedent or a consequence.

Palma always felt that he belonged to Africa, he was born in Guinea-Bissau to Portuguese parents, and at the age of thirty he led Angolans to win the African Championship, a title that was the seed of the success of the first team in the next three decades.

Palma was not satisfied with achieving African achievements, but he led Jordan to a historic third place in the 2009 Asian Championships, to lead it to the World Cup for the first time ever.

His successes with clubs were present, as he was the coach of Benficas golden generation in the 1990s and led him to five league titles, and he also reached the final stage of the European Championship for the first time in 1994.

On the continent of Africa, he led Primero de Augusto to the African Cup in 2002 and 2004, and with the Africans he won the Tunisian League in 2016.

Palma says: “I have no secrets. All I do is create a good atmosphere between the players in order to help the team win, and I get all the players involved.”

“I feel that I am more African than I am Portuguese, Angola is my homeland, which is why I have no difficulties adapting to African basketball. I know Africa very well.”

At the age of seventy, Palma landed in Egypt, we do not know where his journey will go, of course, but we will be on a date with one of the greatest basketball coaches in our stadiums next season. 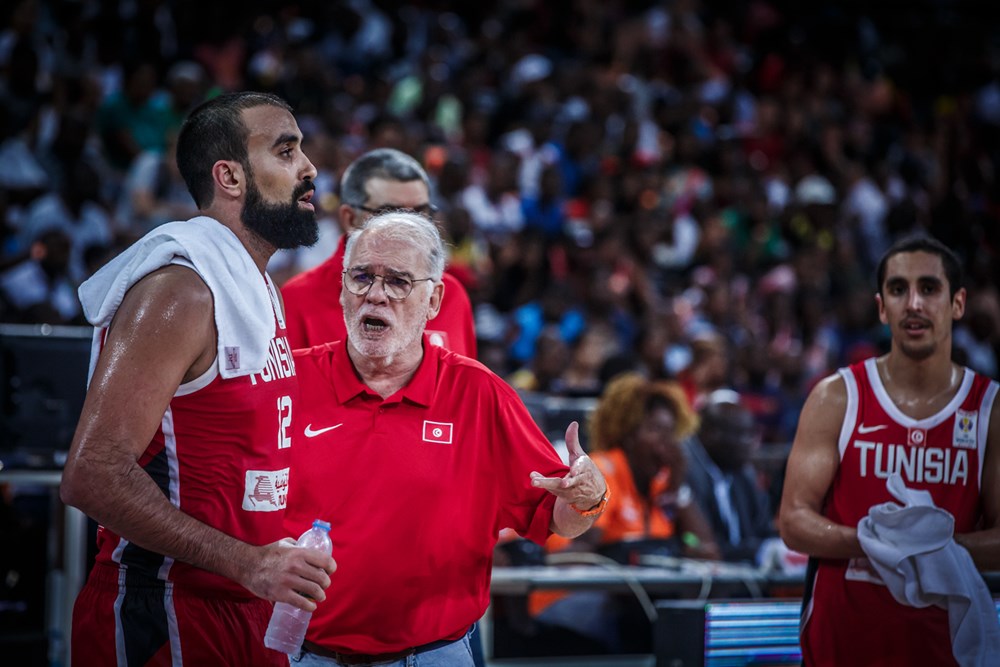 The dates for today’s matches, Friday 5/14/2021, in the Egyptian League and the transmission channels

5 information about the Zamalek and Enppi match today, Friday 5-14-2021, in the Egyptian League

FilGoal | News | It ended in Spain

After leaving the Al-Ahly list in front of Sun Downs .. El-Ahly.com reveals the reason for excluding Akram Tawfiq

Granada against Real .. Zidane: We will continue to compete for the La Liga title for the last minute

Mohamed Salah: “I forgot my jinx in front of Man United” and this team wants to deprive me of the Champions League (video)

The date of the Zamalek and Enppi match is today, Friday, 5-14-2021 in the Egyptian League

The new team of Marawan Mohsen is revealed at the end of the season … and Schubert announces the names of a new duo...

Home sport The first reaction from Imam Ashour after the decision...

FilGoal | News | Ashour answers to Joule whether he made...

Why did Zamalek resort to catering to register the logo of...

The world was late to respond to SK because of China

How do I think my tip, Fathi and Ashour after leaving...