Italy entered Euro 2004 angry. 4 years ago, she lost the title to France with a golden goal by David Trezeguet, and two years later she called out the World Cup with a famous arbitration controversy, the tournament of Ecuadorean referee Byron Moreno, who was arrested in America after that for smuggling heroin!

Since the Gijon scandal at the 1982 World Cup in Spain, the matches of the last round of the combined tournaments have not been played simultaneously, but since West Germany and Austria plotted to oust Algeria, the rule has changed.

Group C at Euro 2004, Portugal, was strong against expectations. Italy was supposed to take the lead early against Denmark, Sweden and Bulgaria, but it tied twice with its Scandinavian rivals, while Denmark and Sweden defeated Bulgaria.

The situation before the third round, which brought together Sweden with Denmark, and Italy with Bulgaria, is as follows: Sweden and Denmark tied with any result greater than 1-1, which means their qualification and the exit of Italy, no matter how many goals they scored against the pool, Bulgaria.

Before entering the midst of the final 90-minute battle, let’s go back to the first match, which brought Italy and Denmark together in Guimarães, with a temperature of 34 degrees Celsius.

The match was famous for the spitting shot of the Azzurri playmaker Francesco Totti in the face of Denmark midfielder Christian Poulsen, which caused him to miss the rest of the tournament.

At that time, during the middle of the first half, the Roma star came out of the field to change his shoes.

Then he commented on the matter to the English newspaper “The Guardian”:It was like putting your feet in boiling sand, nothing like this had happened to me before“.

Nike then gave Totti new shoes at Euro 2004, but he returned to wearing the shoes he wore with Roma, continuing:It was very painful, I have two big blisters, one on each foot“.

This is what his colleague Christian Panucci shared with him in Rome and the national team, as he explained that the socks were the problem, saying:I had blisters (a water bag) on ​​my heel at the end of the match. The thread with which these socks are made is very coarse“.

Gennaro Gattuso, who was substituted in the second half, commented:Don’t make me laugh at this story, Kenyans run hundreds of kilometers barefoot. I also had to wear new shoes, in fact, the same brand as Totti. I broke my foot, so I went back and put on my old shoes“. 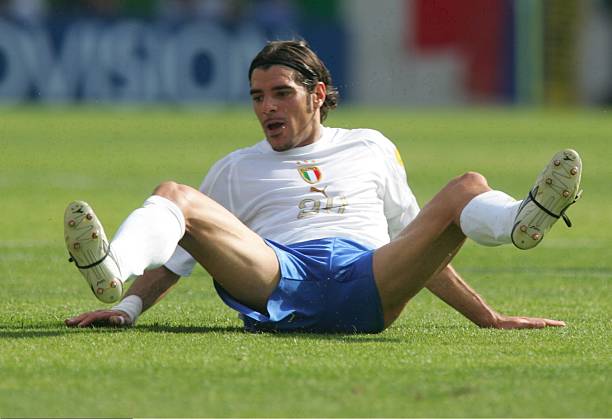 Giovanni Trapattoni, the coach of the Azzurri, refused to be an excuse, but made it clear “It was severe and it caused problems“.

Totti eventually refused to blame the shoes, saying: “If we want to stay in Portugal, we have to start winning“.

In the next match against Sweden, Italy tied with one goal for each team, in a meeting that witnessed a legendary goal by Zlatan Ibrahimovic by heeling against Gianluigi Buffon.

Now, let’s go back to before the third match against Bulgaria.

The Italian media did not miss the opportunity, as we told you, Italy is angry.

The delegations of the Italian press questioned Denmark coach Morten Olsen before the Denmark-Sweden match about an agreement between the two teams for a 2-2 draw.We are honest people, we will play to win. Italy will talk about such things, but in Denmark and Sweden we will not think about it“.

Sweden coach Lars Lagerback had a more philosophical response: “Machiavelli was the author of the theory that the end justifies the means, and it was Italy, the Italians might think in a somewhat Machiavellian way, but for the match to end 2-2 this is unusual“.

Sweden paid for its stars. Kim Kallstrom made his debut in the tournament as a starter behind brilliant youngster Zlatan Ibrahimovic and veteran Henrik Larsson, with just-league-winning Arsenal star Fredrik Ljungberg.

As for Denmark, it relied on Jon Dahl Tomasson, AC Milan’s star, to make the difference against the Swedes.

Thomasson scored first for Denmark after collaborating with long-time striker Ebi Sand, but in the second half Larson got a penalty, and scored it, a month before his move from Celtic to Barcelona.

At the moment when Larsson scored, exactly a minute after the start of the second half, Bulgaria was ahead of Italy, but Simone Perrotta equalized in favor of the Azzurri.

Larsson continued his attempts, but a stray ball in the middle of the second half found Thomasson in the penalty area of ​​Sweden, to score the second for Denmark.

Italy on the verge of a goal of sigh, or live the nightmare.

A mistake, which might be described as strange, by Denmark goalkeeper Andreas Sorensen, gave Matthias Johnson an equalizer in the 88th minute, and, surprisingly, Sweden equalized. 2-2.

Johnson’s goal made Antonio Cassanos last-minute goal against Bulgaria like it hadn’t, and Italy were eliminated from the tournament. 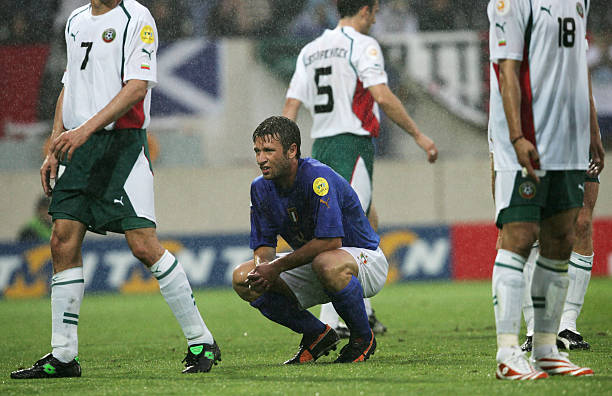 Perhaps it was a conspiracy, or an unlucky coincidence, that the match ended 2-2 after 16 Danish and 15 Swedish shots. The match stats are not agreed upon.

But perhaps what happened after that, confirmed that it was a conspiracy..

The two Scandinavian teams celebrated their qualification, which is normal, but it is not normal that they celebrated together!

Some players from both teams, led by Sweden striker Marcus Allback, refused this behavior, and even refused the attempts of Denmark goalkeeper Sorensen, his colleague in Aston Villa, to celebrate with him.

While one of Sweden’s newspapers came out with the headline the next day “Bravo, Italy.. I expected the right result“.

It was natural that the two teams were eliminated in the next round, Denmark was insulted by the Czechs with three clean goals, and Denmark on penalties by the Netherlands.

After Ronaldo invited him to drink water instead of cola, Messi received a strange gift on his birthday (video)

“I made him train for half an hour solo.” Masrawy explains how Muhammad executes

The flood of Moroccans and Tunisians in the Egyptian League .. What are the reasons?

An Egyptian proposal to change the deadline for the “African Champions”

Zamalek: Sassi got the rest of his dues after the discounts

FilGoal | News | Insigne: Italy has not done anything so far..we should not be influenced by Austria

Home Sports | Ferjani Sassi to Pyramids: I reject your offer.. I will only play in Egypt for Zamalek

Details of Zizou’s contract with Zamalek .. the end of 2024 and includes a penalty clause

Home Sport | The Ministry of Sports postpones announcing its...

The battle has moved to Twitter … Forgiveness threatens Assaf’s fans:...

Omar Kamal on the decision to prevent him from singing: I...

Can Joe Biden still lift sanctions on Iran after the bloodshed...

FilGoal | News | The cancellation of the Golden...

Minister of Transport: removing the real estate inconsistent with the expansion...