Everyone is used to naming any group in any tournament that includes 3 strong teams as the group of death, and this fully applies to the sixth group in Euro 2020.

Having the top three teams in one group ensures that football fans around the world will see at least an exciting match in all rounds of the group stage.

Three teams have enough history and present to be the hottest group in the Euro Championship, which was postponed for a year due to the spread of the Corona virus.

History of the teams in the Euro

The French national team appeared in the Euro Championships on 9 occasions and won the title twice, the first in 1984 led by Michel Platini, and the second in 2000 led by Deschamps, the current coach of the Dukes.

Portugal has a remarkable record of qualifying from the group stage to the knockout stages as the most teams, with Germany, on 7 occasions.

But he is unique with a different record, which is qualifying for the final rounds in 7 consecutive participations.

As for the Hungarian team, it is participating in the Euro for the fourth time, and the most prominent achievement is the bronze in the 1964 edition, and it has the longest time gap between two participants in the tournament from 1972 to 2016.

How did they qualify?

The German team topped Group C with 7 victories from 8 matches, two points ahead of its Dutch counterpart, and qualified safely for the European Nations finals.

The French team also qualified as the leader of its group, with 7 victories from 8 matches, as did the Germans.

The Portuguese national team qualified to defend its title after it ranked second in its group in the qualifiers with 17 points, 3 points ahead of the leaders Ukraine, with 5 victories, two draws and one defeat.

In the qualifiers, Hungary defeated Croatia and Wales, while losing twice to Slovakia to settle for fourth place.

After being relegated to the European Nations League, the Hungarian national team defeated better-ranked competitors such as Turkey and Serbia, to qualify for the Euro, benefiting from the new qualifying system.

Hopes Joachim Low The coach of the German national team bid farewell to Mannschaft after 15 years in the best way, as the veteran coach will leave his post to Hans Flick after the end of the tournament.

Loew will try to erase the memories of the failure in the 2018 World Cup and get out of the first round by achieving a successful career in Euro 2020 and winning the championship, why not and the team includes a group of stars led by more than one player from Bayern Munich, who won the six last year.

Loew is seeking to prepare his young stars who participate in the first major football event in their career, such as Leroy Sane, Timo Werner, Kai Havertz and Serge Gnabry,

Didier Deschamps For years, who has been subjected to severe criticism for excluding Karim Benzema, he will enter the tournament with a star-studded battalion, including the brilliant Real Madrid striker.

Deschamps may become the second coach in history to win the World Cup and the Euro titles, to become the world champion and European champion at the same time, after the Spaniard Vicente del Bosque, who achieved this achievement for the first time with his country in the 2010 World Cup and then Euro 2012.

Owns Fernando Santos The Portugal coach has many options in midfield and attack, as his attacking line may be among the strongest in the tournament.

Santos will try to find a way to benefit from the abilities of Diogo Jota, Joao Felix, Bruno Fernandes, Bernardo Silva and Andre Silva alongside Cristiano Ronaldo.

He plays italian Marco Rossi The coach of the Hungary national team was also 4-2-3-1, and played the fewest number of matches with a team in this strong group, only 28 matches, winning 15, losing 9 and drawing 4.

We do not need to talk about the stars of Group F, suffice it to say that it includes from Germany, Manuel Neuer, Thomas Muller, Toni Kroos, Joshua Kimmich, Ilkay Gundogan and others. 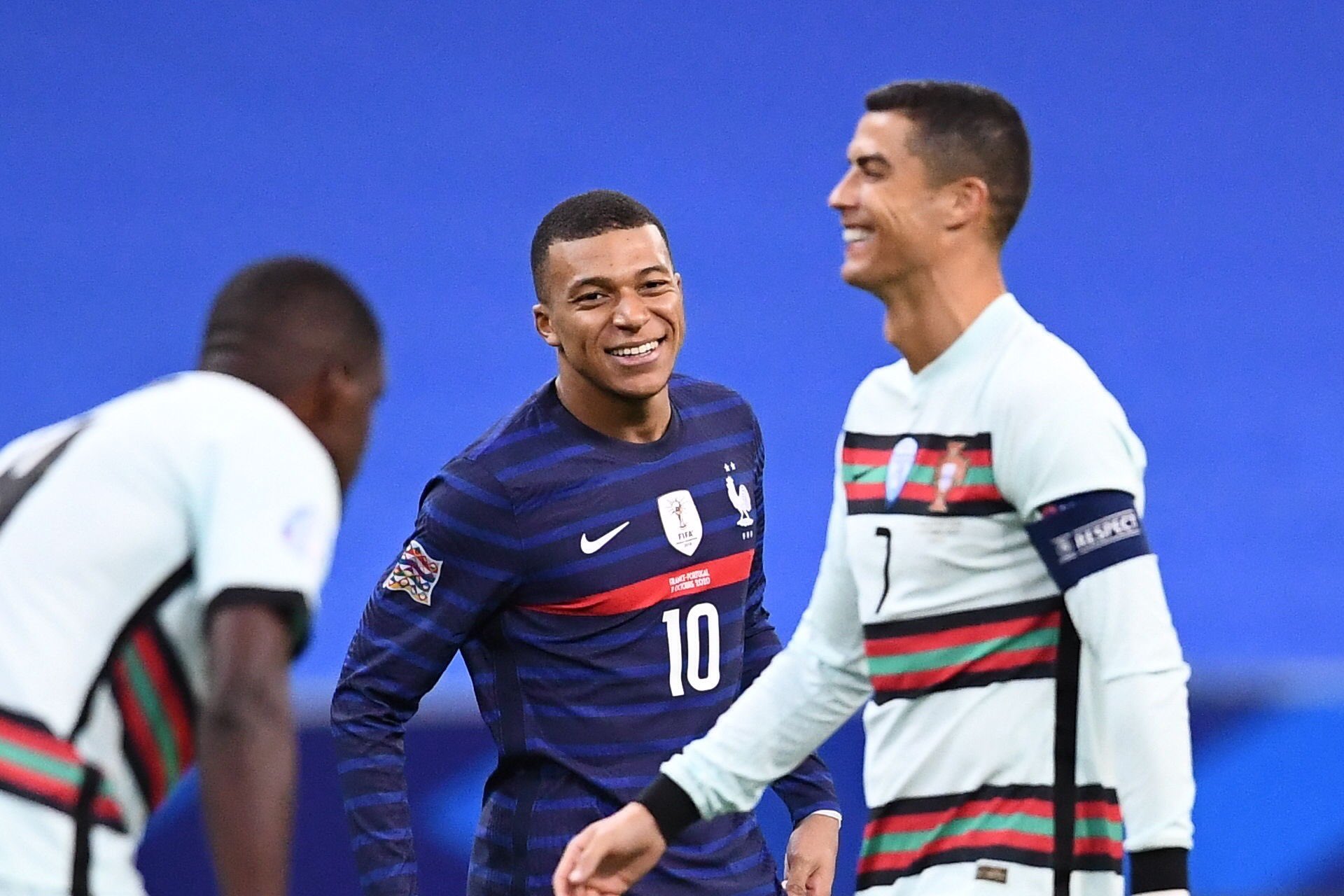 Portugal is not only Cristiano Ronaldo, there is Ruben Diaz, Bernardo Silva, Diogo Jota, Joao Felix and Bruno Fernandez.

The Hungarian national team includes a young star, Dominic Soboslay of Leipzig, and it may be one of the surprises of the tournament.

Hungary x Portugal, on June 15 at 6 pm at Puskas Arena.

Portugal x Germany, on June 19 at 6 pm at the Allianz Arena.

Portugal x France, on June 23 at 9 pm at the Puskas Arena.

Germany x Hungary, on June 23 at 9 pm at the Allianz Arena.

The three major teams play the tournament with different pressures on each team, while the Hungarian team plays without any pressure, which may make it determine who qualifies for the second round, and why not.

We do not forget that the Hungarian national team achieved an exciting draw with Portugal in Euro 2016. The team that missed the Euros for 44 years topped the group after beating Austria and drawing with Iceland.

It wouldn’t be a surprise if the German national team swept all their opponents, and the same is true for France.

As for the Portuguese national team, it needs a super performance against Germany and France in order to reach the second round.

FilGoal | News | Mosimane: We missed this atmosphere in the stadiums

Switzerland beat Turkey to take third place in its group

Italy is at the top of the group .. and Switzerland hits Turkey and is waiting for “the second”

FilGoal | News | De Boer: Italy was the team that impressed me the most at Euro 2020. Germany gave the perfect...

Pyramids tied with Raja, delaying qualification for the final

FilGoal | News | Wales coach: We feel the taste of victory despite the loss

Faraj Amer: Hossam Hassan’s desire is the decisive factor in his transfer to any club

FilGoal | News | Their agent: The winch was renewed for Zamalek after one session.. Kahraba wants to stay in Al-Ahly

Al-Ahly announces the recovery of an important paper .. and a closed camp in preparation for Esperance

Abeer Sabry romantic shots with her husband – in pictures

“Advice to postpone travel” .. Warnings against driving on roads due...

Barcelona News: What did Luis Suarez say about Agueros move to...

NASA reveals: air pollution in China due to high levels after...

FilGoal | News | Ismaili reveals the fact that his player...

Atletico Madrid terminates a deal to sign Suarez from Barcelona with...

FilGoal | News | Find out the dates of the matches...