Today, Tuesday, the Professional Players Association announced the list of nominees for the award for the best player of the season (by fans choice), which witnessed the presence of the Egyptian Mohamed Salah, the Liverpool player.

The list saw the presence of 5 players next to Salah, they are: Harry Kane of Tottenham, Ole Watkins of Aston Villa, Bruno Fernandes of Manchester United, Patrick Bamford of Leeds United and Kevin De Bruyne of Manchester City. 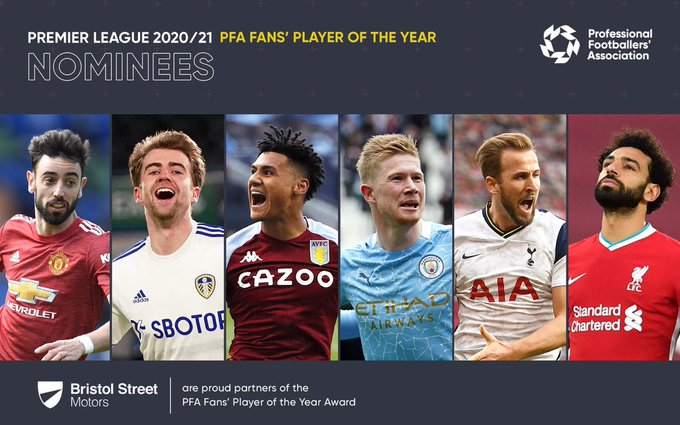 The Liverpool striker scored 22 goals during the English Premier League, occupying the Premier League top scorer table with a single goal difference from Harry Kane, and contributed to his team’s third place in the standings and then qualifying for the Champions League next season.

It is worth noting that Manchester City’s Kevin De Bruyne was crowned the best player in the 20/21 season by the Professional Players Association.

In a warning message to Al-Ahly .. Kef flirts with the numbers of the Tunisian Esperance star

Argentina opens its Copa America campaign with a draw with Chile

Moamen Zakaria: Facing Esperance is difficult… and Musimani may repeat his plan

Shawali comments on “Judge Possible”: “Esperance’s superiority over Al-Ahly is a distinguished step, and ah, if you play, Zahr.”

The Egyptian referee team arrives in Cairo tomorrow after the success...

What does the method of “wrapping the ghutra” mean by the...

Days and tales … when the Soviet Union became in heaven

Basem Ali: I neglected myself with Al-Ahly

Turki Al-Sheikh reveals the scenes of the arrival of the Barcelona...