Mahmoud Abdel Rahim Jensh, goalkeeper of the first football team in Zamalek Club, announced his departure from the White Castle, where Jensh wrote on his Instagram page: “Today I announced my departure from my home, Zamalek Club, on loan for a season, based on the decision of the technical management and the coach.”

Mahmoud Genish added: “God knows that I have spared no effort or a point of sweat in order to serve my home, Zamalek Club. I wish the team success in what is to come.” 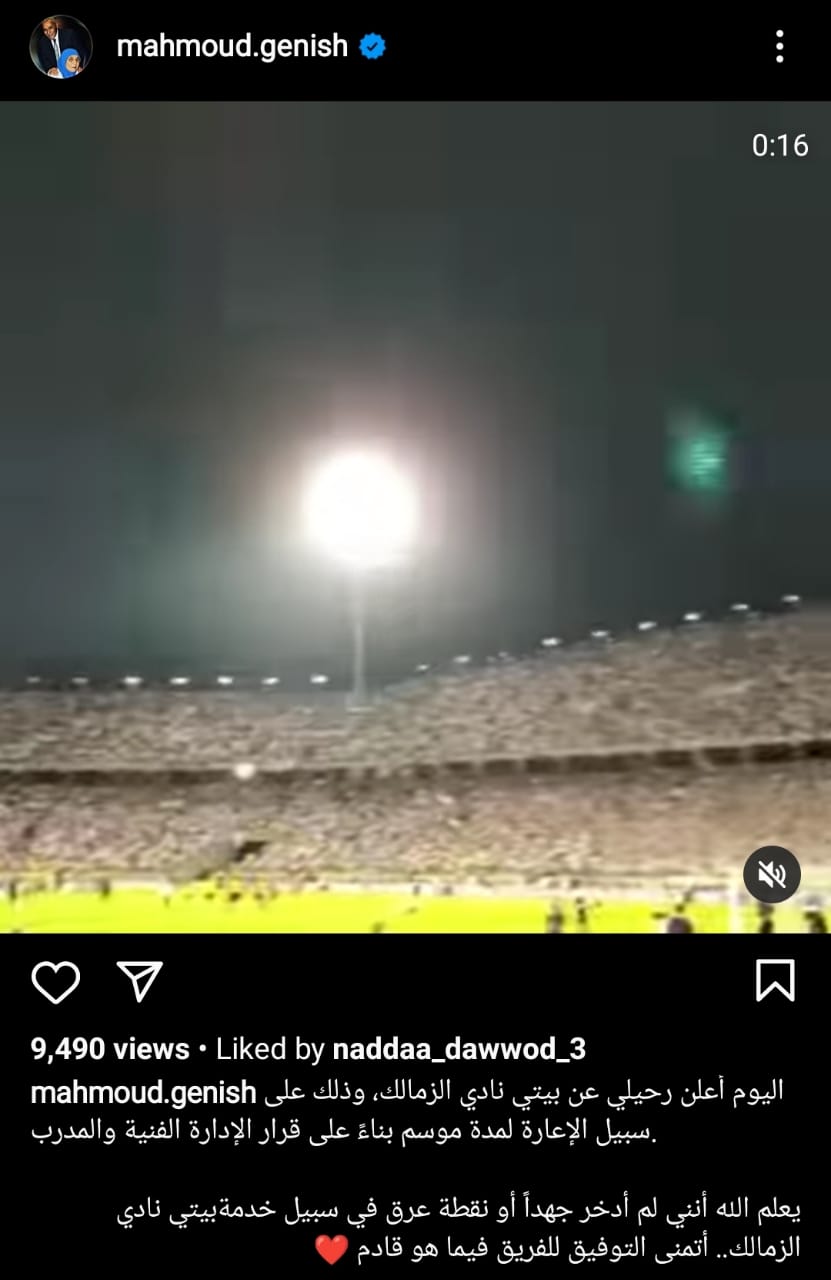 During those matches, he conceded 79 goals, kept a clean sheet in 58 matches, received 7 warnings and was sent off in two matches.

A painful blow to the Muslim Brotherhood in Tunisia.. Mass resignations and national isolation

Gold prices in Egypt today, Saturday, September 25.. Bullets are declining in the market

Will gold collapse during November? .. An imminent US decision that will change the price map (video)

Like “palm reading” .. a technique that monitors high levels of cholesterol in the blood from the folds of the hand

Behind the scenes of the Arab Got Talent star wearing the hijab.. Yasmina Al-Alwani: We started dying

“Abdul Mawmar and his family are all doctors” .. Behind the scenes of the defense pleading for the accused and

Gold prices continue to decline in Egypt, and the gram loses 10 pounds in 3

How to install the original Minecraft game for free on Android...

A study resolves the controversy of the effectiveness of antibodies against...

“Your daughters are in our eyes and in our hearts.” A...

An official Italian study sparked a large-caliber surprise about the Corona...

How to download “Fortnite” game on a computer x 9 steps...

The 6-day weather … The meteorology announces the places of expected...