Senegal qualified for the 2022 World Cup in Qatar, after beating Egypt on penalties, in the second leg of the last round of African qualifiers for the World Cup.

The original time of the meeting ended with Senegal winning with a goal without a response, which is the same result of the first leg match that was held at Cairo Stadium a few days ago.

The match went to extra time and then the penalty shootout, which ended with Senegal winning 3-1.

After the marathon match, which lasted for 120 minutes of combative play and the manly performance of the Egyptian players, we thank all the players and the technical staff for their efforts throughout the confrontation, including the African Nations Championship in Cameroon, during which the stars of the Pharaohs also succeeded in reaching the final.

Now, we are waiting for the Egyptian national team and its stars to return and try again and qualify for the World Cup after the next 2026 in the United States of America. 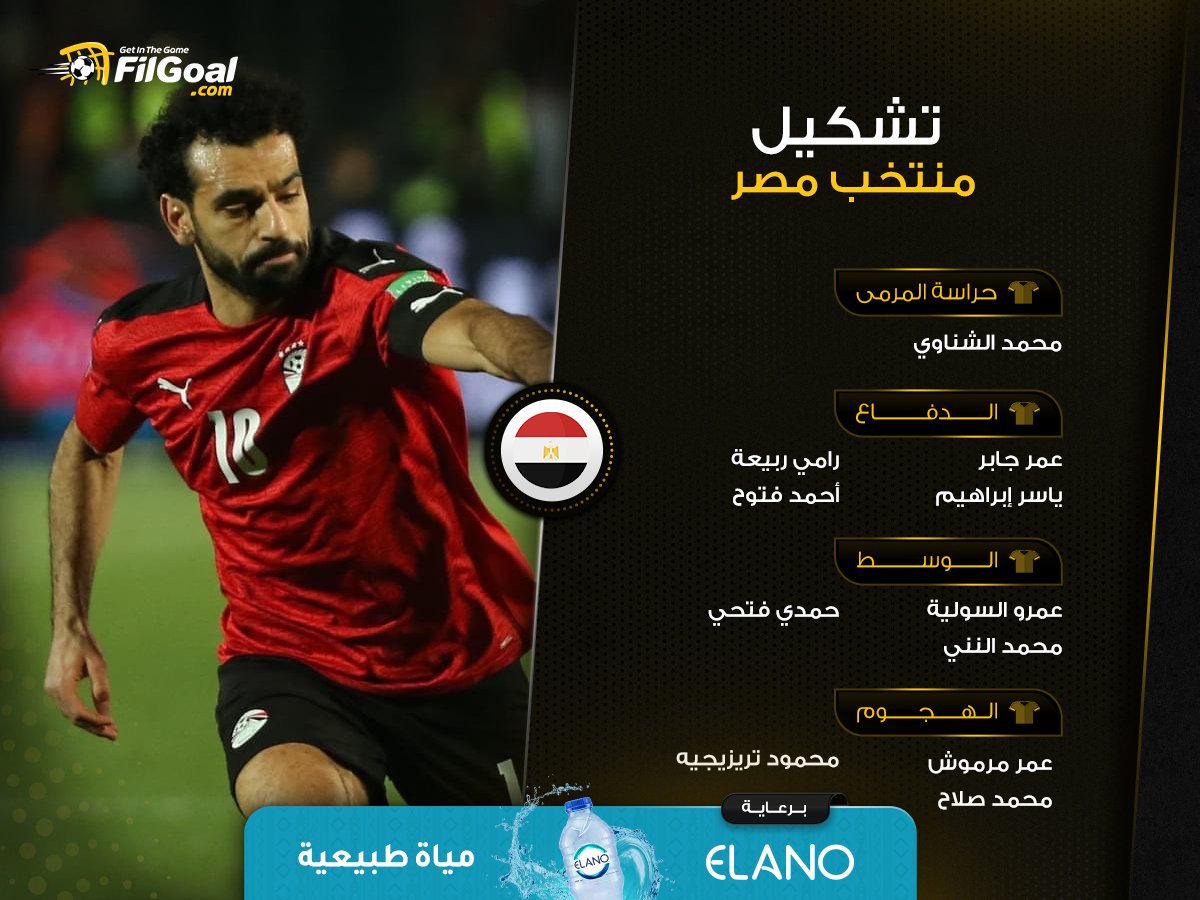 Senegal started the match with strong pressure and got a direct free kick from the right after a mistake by Omar Jaber against Salio Ciss.

The violation was carried out inside the penalty area of ​​Egypt, and after a mistake in removing the ball from the defense, it reached Boulaye Dia to put the ball past Mohamed El-Shennawy, scoring the goal of Senegal in the 2nd minute.


After the goal, Senegal continued to put strong pressure on Egypt’s defense.

And Mohamed Elneny hit a direct kick in the 13th minute, passing over Edward Mendy’s goal.

Hamdi Fathi fell injured in the 15th minute after the ball hit his head.

The atmosphere on the pitch flared up between the players of the two teams after the repeated fall of the Pharaohs players after strong interventions from Senegal.

Rami Rabia fell to the ground injured and asked to leave because he was unable to complete the match. 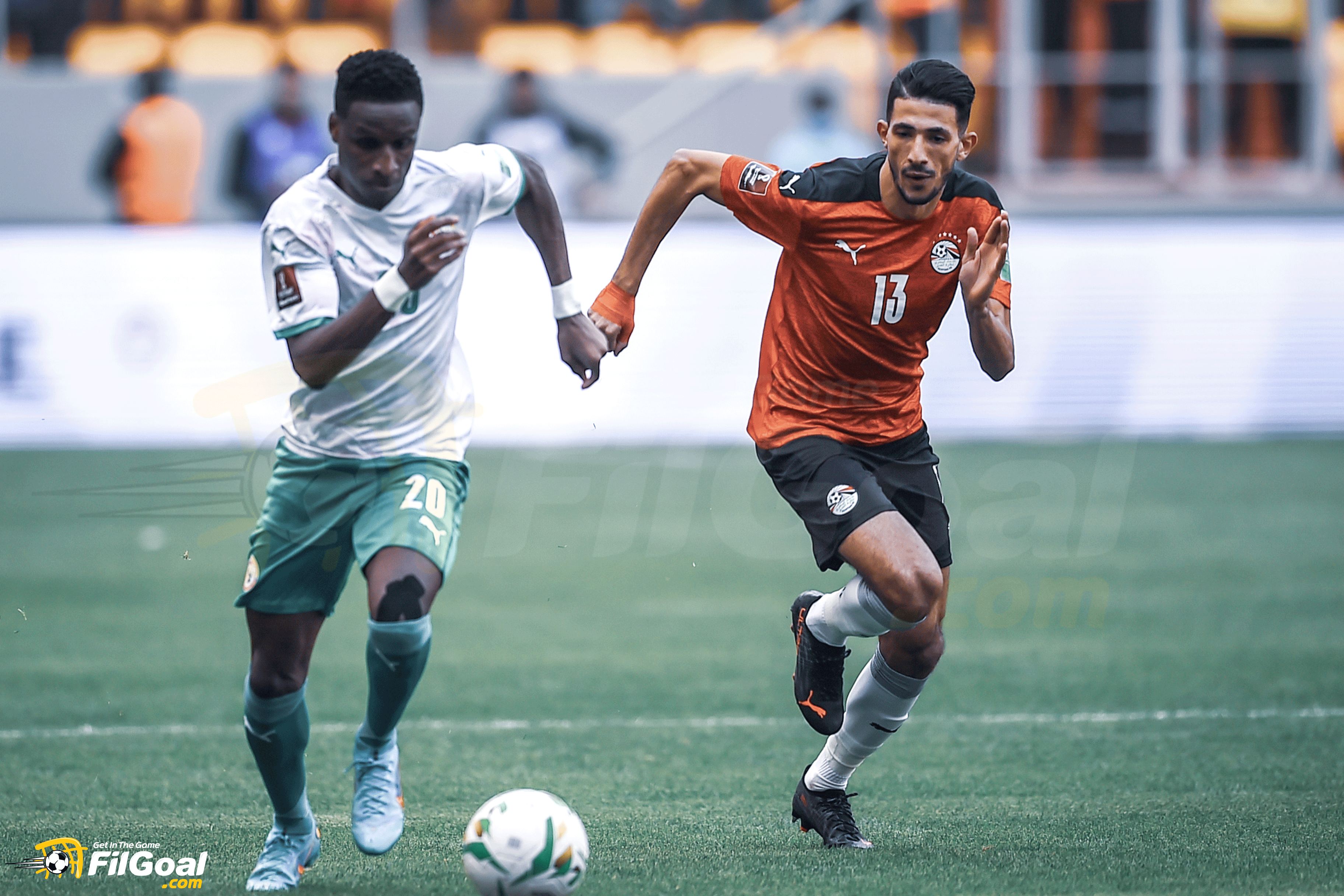 Idrissa Gaya hit a powerful ball that was saved by Mohamed El-Shennawy, and the defense of the Pharaohs’ goal kept it away.


Ayman Ashraf entered the match in the 29th minute instead of the injured Rami Rabia.

Injuries continued to hit the players of the Egyptian national team, and Omar Gaber left the field injured in the 35th minute, and participated in the place of Imam Ashour.

Senegal launched a quick counter-attack, taking advantage of the progress of the Egyptian players, and Mane sent a dangerous cross to striker Dia, but Imam Ashour intervened at the right time and removed the ball to a corner.

Ayman Ashraf received a yellow card after a strong intervention against a Senegal player in the middle of the field during the attack.

As the first half ended, the second half began with a burning atmosphere between the players of the two teams on the field.

Egypt tried to attack and Omar Marmoush passed a ball to Trezeguet, who tried to shoot and Mendy saved him.

Play was stopped due to the fall of Omar Marmoush in order to review the possibility of an expulsion case for the Senegal player, before the referee indicated that playing continued and did not count anything.

Boulaye Dia continued to threaten the Egyptian national team and launched a quick attack, with Ayman Ashraf and Imam Ashour interfering with him before Mohamed El-Shennawy grabbed the ball, amid strong objections from the Senegal players, demanding a penalty kick.

Queiroz paid in the 70th minute with 3 substitutions at once, with Ahmed Sayed “Zizou”, Mustafa Mohamed and Nabil Imad “Donga” coming down instead of Omar Marmoush, Trezeguet and Mohamed Elneny.

Zizou threatened Mendy’s goal as soon as he came down in the 71st minute, after Mohamed Salah sent him a compelling cross, which he met with a header that passed next to the Senegalese post.


Zizou continued to threaten the goal and missed the most dangerous opportunity for Egypt after he passed the Senegalese defense duo and was alone with goalkeeper Mendy before he hit a ball that hit the outside net in the 76th minute.


Senegal missed the most dangerous opportunity in the match with the foot of Watford star Ismaila Sarr from the net in the 82nd minute, but he shot next to Mohamed El-Shennawy’s left post.

The original time of the match ended with Senegal leading with a goal without a response, and the confrontation went to overtime.

With the start of extra time, the Senegalese team went on the attack strongly, and from a corner kick, the ball reached Babe Ciss, who met it with a powerful header that El-Shennawy saved brilliantly and sent him away to another corner.

Senegal’s dangerous attacks continued, and the ball reached from a cross to Ismaila Sarr in front of the empty net to pay, but El-Shennawy penetrated and cleared the ball brilliantly and saved Egypt’s goal from a certain goal.


For the third time, El-Shennawy saved Egypt’s goal from a certain goal, after the defense made a mistake in removing the ball to reach Babi Abu in front of the goal line and trying to shoot, but El-Shenawy caught the ball at the last moment.


Senegal’s attempts continued in the second extra period, amid a strong defense from Egypt.

Hamdi Fathi left the match in the 117th minute after he was injured and Mahmoud Alaa participated in his place.

The extra time also ended with Senegal leading with a goal without a response, so the result of the first leg and return matches was 1-1, and the match went to penalty kicks.

While only Amr Al-Sulayya scored from Egypt and missed by Mohamed Salah, Ahmed Sayed Zizou and Mostafa Mohamed.

Tonight in the league .. Al-Ahly faces Tanta in the summit...

The new Al Rajhi loan without a guarantor, in installments up...

Zamalek excludes the “winch” surgery, except in one case

“It is forbidden for the people and it is permissible for...

Ashraf Zaki submits a complaint to the Attorney General against an...

Al-Ahly: We do not negotiate with Sassi.. Kahraba accepts Musimani’s decisions

He called the doctor accused of harassment under examination .. He...